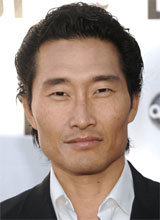 Daniel Dae Kim, who starred in TV series including Lost and Hawaii Five-O, has voiced opinions against racism. He revealed in March this year, when Asian hate crimes became more frequent, his younger sister had passed away in 2015 from hate crime. He serves as the co-chair of the Advisory Council for the Asian American Foundation.

Keven Kim, a graduate of Stanford and Columbia Law School, was the first Korean American to join the New York City council in 2009. He has been involved in various human rights groups including Color of Change.