30 most anticipated movies of 2022, Entertainment News

2021 saw the slow revival of cinema after a crushing 2020. With movie-going returning and studios confident to not delay movies any much longer, film lovers have a lot to look forward to in 2022. A lot.

From new superhero content, movies that have been delayed way too many times and long-awaited sequels, here are over 30 most anticipated movies of 2022 — all in order of their release!

Veteran X-Men writer and director Simon Kinberg helms this spy thriller about a group of female international agents who band together to recover a top-secret weapon from a dangerous mercenary.

As the action rockets around the globe from the cafes of Paris to the markets of Morocco to the opulent auction houses of Shanghai, the quartet of women will forge a tenuous loyalty that could protect the world — or get them killed. The movie stars Jessica Chastain, Lupita Nyong’o, Diane Kruger, Penelope Cruz, Fan Bingbing, Sebastian Stan and Edgar Ramirez.

The iconic Scream franchise is coming back to scare and slash moviegoers with its fifth installment, SCREAM.

Morbius sees Jared Leto’s second attempt at superhero films. This time, Leto plays a biochemist named Michael Morbius who tries to cure himself of a rare blood disease. When his experiment goes wrong, he inadvertently infects himself with a form of vampirism instead.

Belgian sleuth Hercule Poirot’s Egyptian vacation aboard a glamorous river steamer turns into a terrifying search for a murderer when a picture-perfect couple’s idyllic honeymoon is tragically cut short.

What starts as a heist job for the duo becomes a globe-trotting, white-knuckle race to reach the prize before the ruthless Moncada (Antonio Banderas), who believes he and his family are the rightful heirs. If Nate and Sully can decipher the clues and solve one of the world’s oldest mysteries, they stand to find US$5 billion (S$7 billion) in treasure and perhaps even Nate’s long-lost brother but only if they can learn to work together.

If you’re looking for yet another iteration of the Caped Crusader, you’re in luck. Despite the ongoing DC Extended Universe of films (which includes other entries in 2022 like The Flash and Aquaman 2), director Matt Reeves is tackling an even darker take on Batman. The movie boasts an impressive cast that includes Robert Pattinson as Bruce Wayne, Colin Farrell as the Penguin, Paul Dano as the Riddler, and Jeffrey Wright as Commissioner Gordon.

If you’d like to start your year light, then can we suggest Pixar’s Turning Red?

The movie sees Mei Lee (Rosalie Chiang), a confident, dorky 13-year-old torn between staying her mother’s dutiful daughter and the chaos of adolescence. Her protective, if not slightly overbearing mother, Ming (Sandra Oh), is never far from her daughter — an unfortunate reality for the teenager. And as if changes to her interests, relationships, and body weren’t enough, whenever she gets too excited, she “poofs” into a giant red panda!

You just know if a rom-com stars Sandra Bullock and Channing Tatum, it’s going to be good.

Brilliant, but reclusive author Loretta Sage has spent her career writing about exotic places in her popular romance-adventure novels featuring handsome cover model Alan, who has dedicated his life to embodying the hero character, Dash. While on tour promoting her new book with Alan, Loretta is kidnapped by an eccentric billionaire (Daniel Radcliffe) who hopes that she can lead him to the ancient lost city’s treasure from her latest story.

Wanting to prove that he can be a hero in real life and not just on the pages of her books, Alan sets off to rescue her. Thrust into an epic jungle adventure, the unlikely pair will need to work together to survive the elements and find the ancient treasure before it’s lost forever.

The world’s favorite blue hedgehog is back for a next-level adventure. After settling in Green Hills, Sonic is eager to prove he has what it takes to be a true hero. His test comes when Dr Robotnik returns, this time with a new partner, Knuckles, in search for an emerald that has the power to destroy civilisations. Sonic teams up with his own sidekick, Tails, and together they embark on a globe-trotting journey to find the emerald before it falls into the wrong hands.

Sonic the Hedgehog 2 stars Ben Schwartz as the voice of Sonic, Tika Sumpter, Natasha Rothwell, Adam Pally, and Jim Carrey returning, alongside new additions Shemar Moore, with Idris Elba as the voice of Knuckles, and Colleen O’Shaughnessey as the voice of Tails.

A pair of thieves who unknowingly rob an ambulance carrying a paramedic and a patient in critical condition. This remake of a Danish film has been in development since 2015, but filming finally got underway in January of 2021. Ambulance stars Jake Gyllenhaal, Yahya Abdul-Mateen II, Eiza Gonzalez and Garret Dillahunt.

The Northman is an action-filled epic that follows a young Viking prince on his quest to avenge his father’s murder. The movie has an all-star cast that includes Alexander Skarsgård, Nicole Kidman, Claes Bang, Anya Taylor-Joy, Ethan Hawke, Björk, and Willem Dafoe.

Doctor Strange and the Multiverse of Madness (Marvel Studios)

Doctor Strange is back! And in a multiverse that we know frighteningly little about. After a spell gone wrong in Spider-Man: No Way Home, Strange seeks help from his ally Wong (Benedict Wong), the Sorcerer Supreme, and the Avengers’ most powerful Scarlet Witch, Wanda (Elizabeth Olsen).

But a terrible threat looms over humanity and the entire universe that no longer can be done by their power alone. Even more surprising, the greatest threat in the universe looks exactly like Doctor Strange himself.

In DC League of Super-Pets, Krypto the Super-Dog and Superman are inseparable best friends, sharing the same superpowers and fighting crime in Metropolis side by side. When Superman and the rest of the Justice League are kidnapped, Krypto must convince a rag-tag shelter pack — Ace the hound, PB the potbellied pig, Merton the turtle and Chip the squirrel — to master their own newfound powers and help him rescue the superheroes.

Top Gun: Maverick sees Tom Cruise again as Pete “Maverick” Mitchell as he mentors a new generation of fighter pilots. The film also stars Miles Teller, Jennifer Connelly, Jon Hamm amongst others as new recruits. This movie has been delayed for two years, so fingers crossed that it’ll finally be out in 2022!

Jeff Goldblum closed out the last chapter of the Jurassic franchise by declaring humans would have to learn to co-exist with dinosaurs, and though the plot of this movie is being kept under pretty tight wraps, it’s safe to assume it will deal with the ramifications of Lost Kingdom. The film features original stars Laura Dern, Sam Neill, Goldblum, Bryce Dallas Howard, and Chris Pratt.

Fresh off his stint as Captain America, Chris Evans will lend his voice to the ‘real’ Buzz Lightyear, the astronaut who was the inspiration for the action figure voiced by Tim Allen, in a prequel that will explore how he became so famous that they turned him into a toy.

Minions: The Rise of Gru

Minions: The Rise of Gru tells the untold story of one 12-year-old’s dream to be named the greatest supervillain in the whole world.

Thor: Love and Thunder is intended to be the direct sequel to Thor: Ragnarok. Although the plot is kept under wraps, the movie will see Jane Foster as The Mighty Thor. The movie stars Chris Hemsworth, Tessa Thompson, Natalie Portman, Christian Bale, Chris Pratt, Dave Bautista, Karen Gillan and Pom Klementieff.

Eddie Redmayne returns as inquisitive wizard Newt Scamander in the third chapter of this magical spin-off/prequel series that takes place decades before Harry Potter enrolled at Hogwarts. The story picks up after the events of The Crimes of Grindelwald, as Newt and his compatriots continue to pursue the evil wizard (now played by Mads Mikkelsen), leading up to World War II.

After the success of Get Out and Us, Jordan Peele is making his third feature. As to be expected, we don’t really know anything about the film except that it will star Keke Palmer, Daniel Kaluuya, and Steven Yeun, and it will remain in the horror genre.

Dwayne “The Rock” Johnson takes on the mantle as Black Adam. The DC movie will explore the adventures of the all-powerful character who is set to change the hierarchy of power in the DC universe.

Spider-Man: Across The Spiderverse (Part One) (Sony)

Miles Morales returns for the next chapter of the Spider-Verse saga, an epic adventure that will transport Brooklyn’s full-time, friendly neighborhood Spider-Man across the Multiverse to join forces with Gwen Stacy and a new team of Spider-People to face off with a villain more powerful than anything they have ever encountered. It stars Shameik Moore, Hailee Steinfeld, Oscar Isaac, Issa Rae.

After Halloween and Halloween Kills, the saga of Michael Myers and Laurie Strode comes to an end.

Multiverses are hot in 2022, and in DC’s universe, The Flash movie will see Ezra Miller reprise his role as the lightning-fast super-hero coming together with Michael Keaton’s Batman. The movie also stars Ben Affleck, Sasha Calle and Billy Crudup.

With the unfortunate loss of Chadwick Boseman, the Black Panther sequel will likely shift to focus on King T’Challa’s spunky sister Shuri, played by Letitia Wright. The main plot is still kept secret. How Marvel addresses the removal of T’Challa still remains to be seen.

James Wan returns to the director’s chair for another go at the world of Atlantis and the DC superhero Aquaman (Jason Momoa), who will be joined by Amber Heard (Mera), Patrick Wilson (Ocean Master), and Yahya Abdul-Mateen II (Black Manta). No other details about the film are available as of yet.

Sam Worthington’s Jake Sully and Zoe Saldana’s Neytiri now have a family on Pandora, but when old enemies return, they’re forced to evacuate and find a new home. Kate Winslet, Michelle Yeoh, and Edie Falco are among the new additions to the cast. 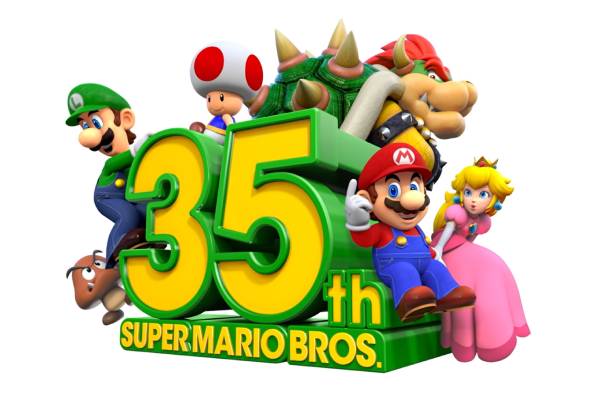 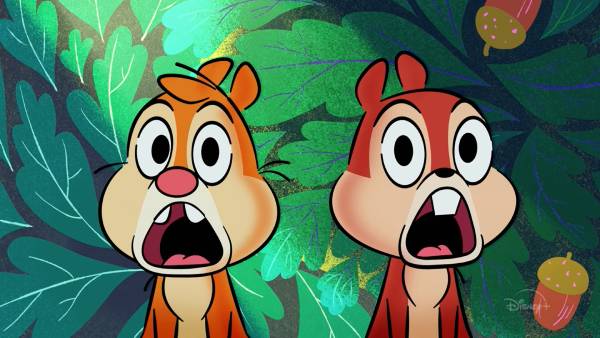 This latest project from DreamWorks Animation is a heist comedy based on popular series of children’s books about a handful of reformed villains who decide to go straight and so some good in the world. In this case, the ‘bad guys’ are Mr Wolf, Mr Piranha, Mr Snake, Mr Shark, and Ms Tarantula. It was originally slated for release in 2021, but now remains undated in 2022.

Big Bird and his Sesame Street friends are mysteriously expelled from their neighborhood, finding themselves in Manhattan. They team up with a plucky history show host Sally Hawthorne (Anne Hathaway) who’s on a quest to save her show and prove that Sesame Street actually exists, with obstacles created by the ‘evil’ Mayor, with reasons of his own for keeping Sesame Street hidden from the world.

READ ALSO: Every rumoured cameo for Doctor Strange in the Multiverse of Madness so far

This article was first published in Geek Culture.

Sega Reveals Why the Sonic the Hedgehog Movies Were Approved

Sega Reveals Why the Sonic the Hedgehog Movies Were Approved