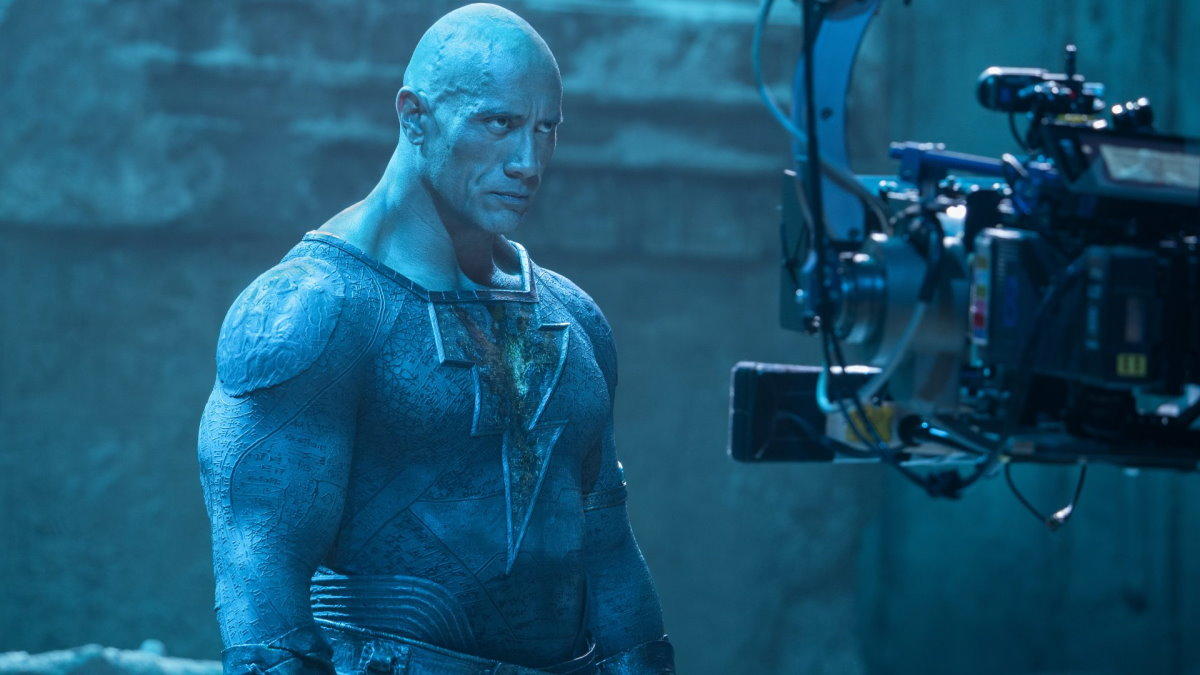 Black Adam producer Hiram Garcia offered an update on the post-production status of Dwayne “The Rock” Johnson’s DC Comics movie debut. Johnson’s first outing as the DC antihero, set to release in July, is among the most anticipated acting roles of 2022. Director Jaume Collet-Serra has promised that the movie will “disrupt” the superhero movie formula, and Garcia previously hinted that sequel talks are already happening. As for this first film, Garcia says director Collet-Serra completed an early cut. Now, the post-production team is going back for another pass based on what they learned while making that director’s cut.

“Oh, we just saw the director’s cut recently, and we were really excited,” Garcia tells Collider. “Like you know, a lot of times when you see that early cut, it sets a table where you realize, ‘Okay, now we understand how much work we got to do.’ Granted, the movie’s in a stage where there are no effects done. It’s so fresh after filming. But anytime the movie is that entertaining and good in that raw of a form, it makes us very confident. So really excited with where the movie is. Jaume has done such a good job. The movie is big. It’s fun. DJ was born to play Black Adam. I got to tell you, if there was ever anyone who is just perfect for this role, it’s him. Then seeing him with the rest of the JSA and all those characters and Pierce and Aldis and Quintessa and Noah, it’s a pinch-me moment. It was one of the most fun movies we’ve ever made and also just the coolest to be making something on this scale and with a character who’s going to have this much of an effect on the DC Universe. It’s really been awesome, and I think you’re really going to dig it.”

Jaume Collet-Serra is directing Black Adam from a screenplay written by Adam Sztykiel and Rory Haines & Sohrab Noshirvani. Johnson leads the film as Teth-Adam, who becomes Black Adam. The movie will introduce DC’s original superhero team, the Justice Society of America. The cast also includes Noah Centineo as the Atom Smasher, Aldis Hodge as Hawkman, Quintessa Swindell as Cyclone, and Pierce Brosnan as Doctor Fate. Sarah Shahi and Marwan Kenzari are also part of the film in undisclosed roles.

Are you excited about Black Adam? Let us know in the comments. Black Adam opens in theaters on July 29th.

Lysa TerKeurst announces divorce after battling to save marriage

Movies on the Big Screen Are $5 on Discount Tuesdays at All AMC Theatres U.S. Locations Through the End of October | News