Senorita singer Camila Cabello took to her Instagram and shared that she will be taking a small break from social media. The singer wrote, “going on a lil social media detox till the new year !!!! just wanna spend a little less time on my phone this week x love y’all.” The social media hiatus just comes a few weeks after Camila announced her split with longtime boyfriend Shawn Mendes. 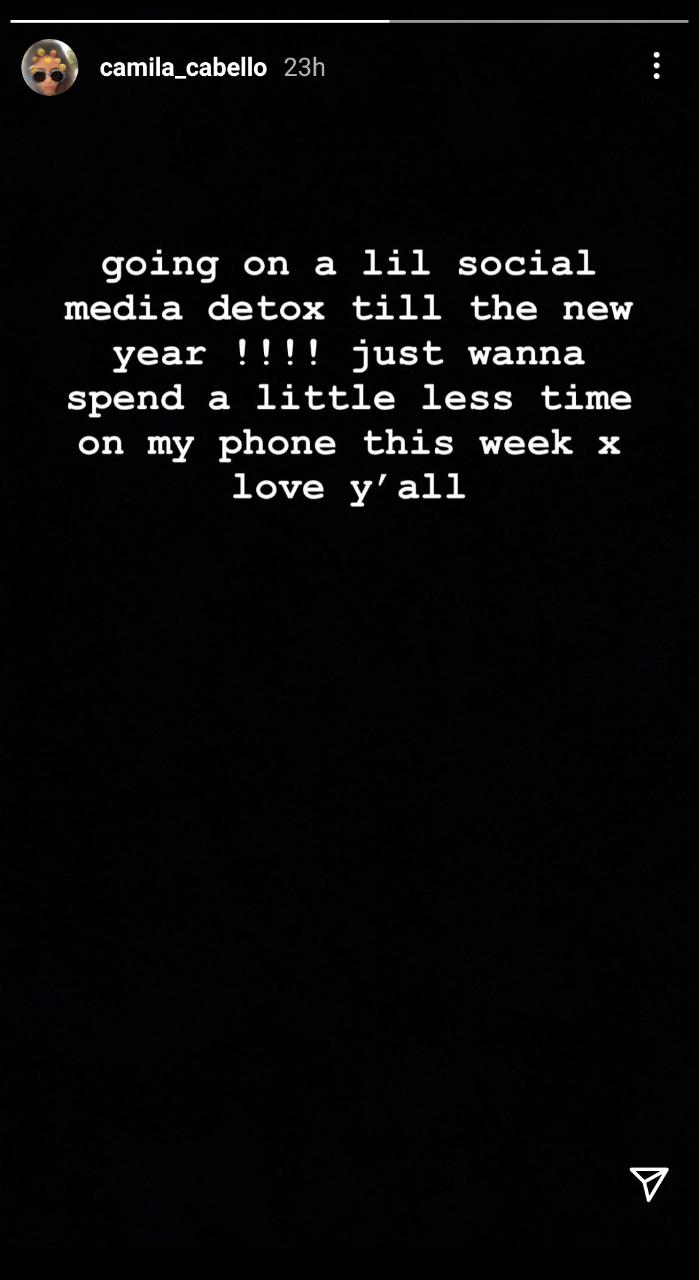 Taking to their social media platforms, Camila and Shawn shared a joint statement on November 17, “Hey guys, we’ve decided to end our romantic relationship but our love for one another as humans is stronger than ever…We started our relationship as best friends and will continue to be best friends. We so appreciate your support from the beginning and moving forward.”

Camila Cabello on the work front

Meanwhile, Camila was recently seen in the musical romantic drama Cinderella based on the fairytale of the same name. The movie marked the singer’s acting debut and is a modern take on the traditional tale and follows the young Cinderella who lives with her not-so-evil stepmother and stepsisters. The movie was released on Amazon Prime Video on September 3, 2021.

She rose to prominence as a member of the girl group Fifth Harmony, formed on The X Factor USA in 2012. The singer split from the group in 2016 to focus on her solo career. Camila establish herself as a solo artist with the release of the collaborations I Know What You Did Last Summer with Shawn Mendes and Bad Things with Machine Gun Kelly, the latter reaching number four on the US Billboard Hot 100. Cabello’s debut studio album, Camila, reached number one on the US Billboard 200, its lead single Havana amassed billions of streams on music platforms and also became the best-selling digital single of 2018.