Great food movies to enjoy with the family

The opportunity to do a themed dinner and a movie with the help of a local restaurant is a win-win.

For the next few weeks I am going to share some of my favorite food films with a recommended dish to order up locally.

To start this list off let’s look at some friendly family food films that the entire household can sit down and enjoy together over dinner, because we could all use a break right now, especially our children and our inner children.

This movie is silly and fun to watch and a great movie to share with kids that will spark great conversations about food. The basis of the film is a scientist who invents a machine that creates water into food, which is fun at first until his town gets buried under mounds and mounds of food, hence the title.

Order up: It rains a lot of different foods and dishes in the film, but you have to go with the headliner, right? Mamma Disalvo’s, Jimmy’s Italian Kitchen, Troni’s Italian Restaurant and Giovanni’s in Fairborn are all great options to pick up an Italian feast featuring the aforementioned meatballs for you and the kids.

If you haven’t seen this film yet, now is the time. It’s a cheery classic and a favorite of mine. Remy the rat is a refined, passionate clever chef who has big culinary dreams. Problem is, no one wants to eat dishes sourced and conceived by a rat, so he partners with a kitchen boy to make his vision a reality. As with all Pixar films, it’s inspiring, creative and a whole lot of fun.

Order up: Well, if you could find ratatouille in town, like the cold, negative food critic Anton Ego enjoys that warms his inner core, I would steer you there. I’ve had good ratatouille over the years, but not recently, so if anyone knows where to find some at a local restaurant, I’m all ears. I would go vegetarian for sure with this one. Maybe some green beans with soy sauce vinaigrette and anchovy mayo or grilled broccolini with olives from Wheat Penny or Teriyaki Turnips from the Winds or slow-roasted red beets from Meadowlark or one of the great rotating oven roasted vegetable features they offer at Old Scratch Pizza. Pick out a vegetable everyone can agree on and end with popcorn and a chocolate mousse from Dorothy Lane Market’s dessert case.

This animated option comes via Disney. A New Orlean’s waitress who dreams of opening her own restaurant makes incredible beignets and finds love when she is turned into a frog.

Order Up: The food for this film demands a specific pick-up — brunch at Lily’s Friday, Saturday or Sunday from 10 a.m.-2 p.m. where they serve up beignets Café du Monde style with jam (3 pieces, $5.50). Add a sautéed crawfish etouffée with braised greens ($18) and you are living your best life. 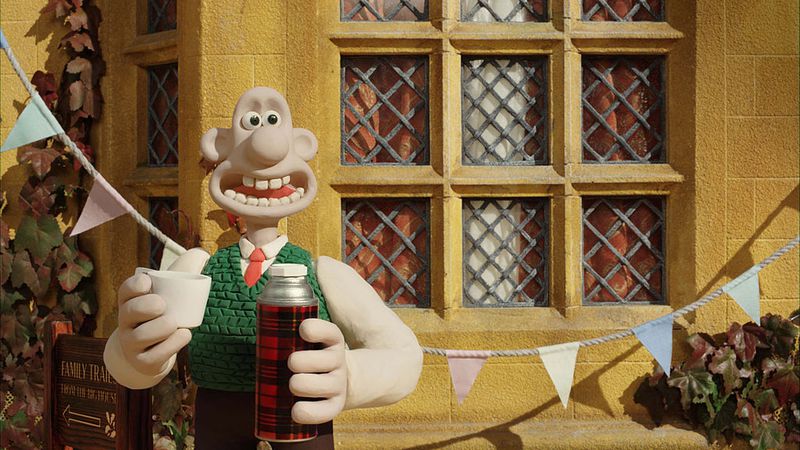 If you haven’t experienced one of the stop-motion films starring bumbling Wallace and his sharp, dedicated dog Gromit, you are missing out. With the world feeling so heavy, today is the day for something light and silly. In this early installment Wallace discovers to his dismay he’s run out of cheese on boxing day and heads to the moon to retrieve the biggest block out there.

Order up: An artisan cheese plate with charcuterie from Elé Bistro and Wine Bar or an order of their white cheddar cheese curds tossed in cinnamon brown sugar and served with house jalapeno raspberry jam, or both. This is a great menu and one that I’ve found over the year you can’t go wrong with. 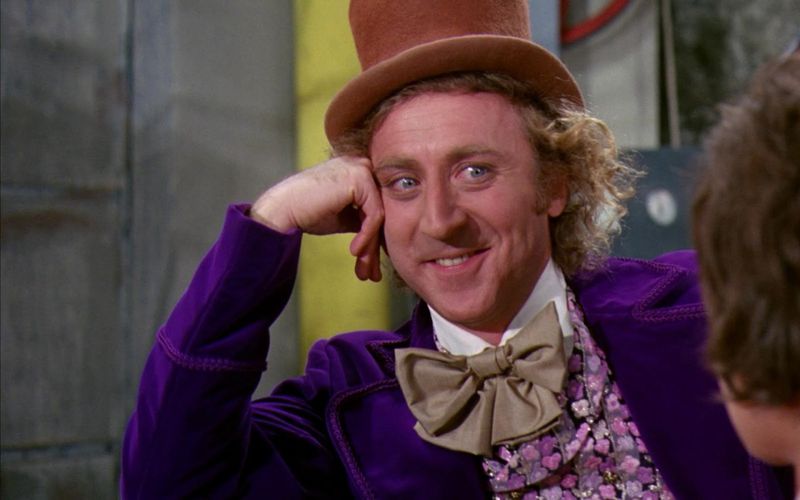 “Willy Wonka and the Chocolate Factory,” 1971

If you’ve never seen this film you must not get out much. Here’s the synopsis from Google: “A sweet boy from a poor family dreams of finding one of five golden tickets hidden inside chocolate bar wrappers which will admit him to the eccentric and reclusive Willy Wonka’s magical factory. One after another, tickets are discovered by ghastly children – but will the lad find the last remaining one and have all his dreams come true?”

I think you know the answer. This classic film based on a Roald Dahl book and starring Gene Wilder is a light, trippy, colorful magical mystery tour of candy that will make imaginations run wild.

Order up: Head to Winans Chocolates & Coffees or Esther Price to purchase a chocolate buffet. Or go to Grandpa Joe’s Candy Shop (grandpajoescandyshop.com) and just go crazy. A weird candy platter that Willy Wonka would approve of from Grandpa Joe’s seems like a perfect dish to enjoy at such a strange time in our lives.

Dayton Eats looks at the regional food stories and restaurant news that make mouths water. Share info about your menu updates, special dinners and events, new chefs, interesting new dishes and culinary adventures. Do you know of exciting outdoor spaces, new exciting format changes, specials, happy hours, restaurant updates or any other tasty news you think is worth a closer look at? E-mail Alexis Larsen at alexis.e.larsen@hotmail.com with the information and we will work to include it in future coverage.