How to watch Peacemaker – can you stream the new DCEU TV series?

How can you watch Peacemaker? Following his explosive introduction onto the big screen in James Gunn’s 2021 action movie The Suicide Squad, the anti-hero Peacemaker (John Cena) has bagged his own spin-off TV series – aptly titled Peacemaker.

Set directly after the events of The Suicide Squad, the new series created by Gunn explores the origins of the deadly peace machine as he goes on dangerous missions that force him to confront his beliefs and the murderous methods he uses to uphold them. Cena reprises the titular role, alongside stars Steve Agee, Danielle Brooks, Robert Patrick, Jennifer Holland, Freddie Stroma, and Chukwudi Iwuji.

Peacemaker began filming in January 2021 and officially wrapped production in July of the same year. So, needless to say, fans are eager to see the show’s release. Luckily, we won’t have to wait long to see this DCEU spin-off series, as Peacemaker is due to hit our small screens in January 2022. But where can you tune in to see it? Can you stream all the action-packed story? Well, don’t worry; we answer all your burning questions below.

How can you watch Peacemaker?

Well, it is good news for all our US readers because you will be able to enjoy weekly episodes of the DC spin-off series Peacemaker once it releases on HBO Max. The first episode of the show will premiere on January 13, 2022.

Currently, no set time slots have been revealed. Still, if the show follows similar patterns to other Warner Bro’s properties on the service, then fans can expect Peacemaker episodes to become available weekly starting at 12:01 a.m. PST. However, this is just speculation – we will be sure to update you as soon as we know more.

In a tweet discussing the schedule for Peacemaker, director James Gunn revealed to followers that the show will run for eight episodes – meaning that the series will wrap on February 17. So if you are a fan of binging TV series, luckily, you don’t have to wait long to have all of Peacemaker at your fingertips either. 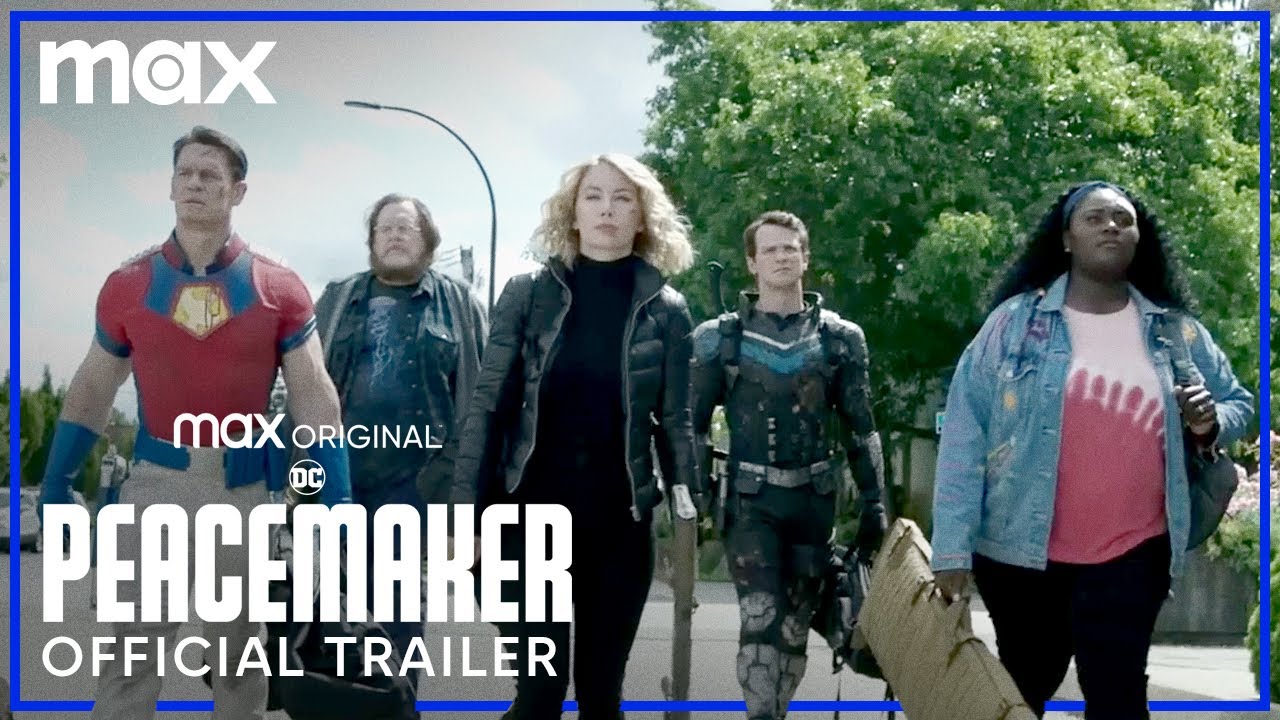 Where can I stream Peacemaker in the UK?

You will have to wait a while if you are in the UK to see the series. That’s right; unfortunately, it looks like Peacemaker needs to get his visa sorted before he takes a trip across the pond. There is currently no UK release date for Peacemaker – and if that wasn’t heartbreaking enough, there aren’t any statements confirming when the series will be picked up by UK distributors.

James Gunn has offered hope, though. The director posted a tweet with the caption: “Because of a bunch of weird legal stuff, Peacemaker will not be the same date in the UK – I am so sorry I tried everything I could to make it happen! – but it will be coming very soon.”

Because of a bunch of weird legal stuff #Peacemaker will not be the same date in the UK – I am so sorry I tried everything I could to make it happen! – but it will be coming very soon. https://t.co/SlNRrQ2bRg

So don’t fret; we are keeping our eyes peeled for any intel on when we can expect to see Peacemaker trample his way to our small screens globally.

Can I stream Peacemaker?

Yes, yes, you can! (Well, once it is January 13, that is) In fact, you can only stream Peacemaker as the series will release exclusively on HBO’s streaming service HBO Max.

Unfortunately, there are no UK options for Peacemaker right now. But considering how it is an HBO Max title, it is likely that the series will be available to stream on Now TV if it does release outside the US. However, the streaming service hasn’t confirmed Peacemaker for its platform just yet.

So yeah, if you are lucky enough to be in the US during January 2022, it is time to renew your subscriptions if you want to see Peacemaker brutally fight for ‘freedom’ and destroy everyone who disagrees with him. HBO Max’s subscription costs $9.99 a month with ads or $14.99 ad-free – so start reaching for those wallets.

If you are in a country that doesn’t have access to HBO Max but still want to see John Cena wearing a shiny metal bucket on his head, you can now buy the action movie The Suicide Squad through Amazon Prime Video for £13.99 or $9.99 if you are in the US.

And there you have it, how to watch Peacemaker. Be sure you keep an eye on this article as we continue to fill you in on any updates. In the meantime, you can check out more DC series with our guide to the Arrowverse timeline.