J Balvin bags Afro Latino award; singer reacts to why are people unimpressed with his win

Singer J Balvin’s recent win at the African Entertainment Awards USA 2021 has sparked outrage on social media. Touted as the ‘Prince of Reggaeton’, the 36-year-old singer has some of the biggest hits of the year in his name including his recent album JOSE which bagged him the latest award. See the artist’s and the award show’s response to the backlash on Twitter.

Why are people unimpressed with J Balvin’s win?

The ‘Mi Gente’ singer won the Afro Latino Artist of the Year at the African Entertainment Music Awards USA on December 26 triggering a series of responses criticising the award show. One user wrote, ”I don’t know what’s worse, that J Balvin was even put in this category, that he won against actual black people, or that the awards are called AFRICAN ENTERTAINMENT AWARDS, implying that actual black people committed this atrocity of a choice.”

Similar sentiments echoed throughout the micro-blogging site as many expressed their frustration over the singer accepting the award. Another user wrote, ”J Balvin, a white colombian, winning afro-latino artist of the year???? make it make sense”. A few netizens were quick to surface J Balvin’s previous work for which he was received backlash for having racist content. Check out the tweets below.

j balvin winning afro-latino artist of the year in the US shows how much of a joke the US really is💀how is a white latino man AFRO-LATINO ARTIST OF THE YEAR. a white man whos used black people in his video portraying them as dogs. says the n word. and benefits of their culture.. pic.twitter.com/qwb4iWB7ut

This is so embarrassing I still can’t believe African entertainment music awards nominated J Balvin as “Afro-Latino” of the year 😩😩 when there’s so many talented actual Black Latinos in the industry 🤕. pic.twitter.com/iZI253a1Cx

The official Instagram handle of the African Entertainment Music Awards USA posted a video giving an insight into the ‘Afro Latino category ( AFRO-BEAT LATINO ARTIST)’ which was introduced for the first time this year. They also addressed the backlash and set the records straight. They wrote, ”PSA: The Afro Latino category ( AFRO-BEAT LATINO ARTIST) is for any artist based in Latin America that is contributing to the African culture especially the Afro-beats sound globally. It is not based on race but more importantly based on pushing the African culture forward on the world stage. This is the first year that we introduced this category to include our Latin brothers and sisters who have embraced Afrobeats music within their platforms.”

They added, ”The winner of this category has demonstrated that and is deserving of this award based on the fans votes.

Please remember the nominees in this category had no say in their nomination or influence on the award show. Instead of voicing dissatisfaction, let us encourage these artists to continue bridging the gap between Africa and Latin America. We are asking for your continued support, assistance and guidance in the nomination process for 2022. We thank you for your understanding and looking forward to an open dialogue.”

Responding to his video, J Balvin took to his Twitter to share the video and wrote a note in Spanish which translated to, ”I am not Afro Latino, but thank you for giving me a place in contributing to Afrobeat music and its movement.” 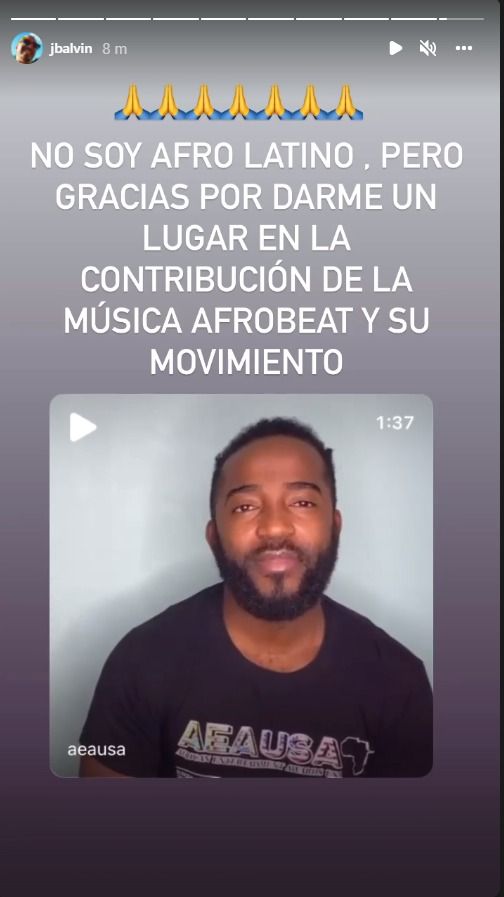 Teresa Giudice’s wedding will not feature on RHONJ | Entertainment News

movies were back in theaters, but audiences weren't.

Teresa Giudice’s wedding will not feature on RHONJ | Entertainment News

movies were back in theaters, but audiences weren't.