Journal of Another Plague Year in Film | Movies | Seven Days

Over the summer, it seemed as if moviegoing might return to “normal.” With COVID-19 cases on the decline and state restrictions lifted, indoor theaters reopened their doors. On a rainy Sunday at the Essex Cinemas, I saw The Green Knight in a crowd of maskless people, most of whom didn’t seem to realize they’d turned out for an art flick and not a rousing Arthurian adventure. Like me, they were probably just excited to be in a theater.

What a difference five months makes. Many theaters now require face masks again. Schedules remain curtailed. When I saw West Side Story at Merrill’s Roxy Cinemas, only five people were there to savor Steven Spielberg’s exuberant spectacle on the big screen it deserved.

It’s too early to say how many movie theaters will survive this pandemic. One thing is for sure, though: COVID-19 has exacerbated industry trends that were apparent well before 2020. In 2021, the list of big box-office earners consisted almost solely of franchise and family films. While superheroes continued to soar, seemingly crowd-pleasing musicals flopped — even West Side Story, which is sure to be a major awards contender.

Here’s what stands out about 2021 for me: With the exception of 2007, the year I started reviewing, it’s the only year in which I saw not one superhero film. I went from reviewing one such flick in 2008 to five in 2019 — a shift that reflects the changing landscape of American film. Nearly gone from theaters are rom-coms and middlebrow dramas, replaced by action, animation, and endless sequels, prequels and origin stories.

Vermonters are lucky enough to have several theaters that still screen smaller, indie films. Case in point: The latest from local filmmaker Jay Craven, Jack London’s Martin Eden, will have a Vermont International Film Foundation screening on January 6 and then play for a week at Montpelier’s Savoy Theater (starting on January 7) and St. Johnsbury’s Catamount Arts (starting on January 8).

For many film fans, though, streaming has become the dominant way to watch. That even applies to some blockbusters, given Warner Bros.’ decision to release its entire 2021 slate simultaneously in theaters and on HBO Max.

For me, the future of film poses a dilemma: I love theaters, but I don’t love the kinds of movies that dominate theaters these days. In 2021, freed from the grip of the theatrical release schedule, I saw all sorts of “smaller” movies instead — and it was pretty awesome.

Here are some of my highlights and lowlights from this year’s releases. When applicable, I’ve noted where the films are streaming with a subscription; many can also be rented on demand.

Most kick-ass woman of a certain age

This year, the always-regal Charlotte Rampling played two mother figures you wouldn’t want to mess with: Reverend Mother Mohiam in Dune and the Mother Superior in Benedetta. While the latter had more screen time, both were formidable.

Perhaps even more kick-ass, however, was Rita Moreno, a standout alumna of the 1961 West Side Story who returned in Spielberg’s version to play a character written just for her. Ninety years old this month, she brings down the house with her rendition of “Somewhere.”

This year brought us fine documentaries on many subjects, ranging from the joyful Summer of Soul (or… When the Revolution Could Not Be Televised) (Hulu) to the tense and mournful COVID-19 doc In the Same Breath (HBO Max).

My personal favorite is Flee, a Danish doc currently in limited theatrical release. Director Jonas Poher Rasmussen pairs interviews with animation and news footage to illustrate the harrowing story of Amin Nawabi, who fled Afghanistan as a child. Told mostly in Nawabi’s own words, the story is as compelling as any drama, offering an indelible account of the refugee experience — the trauma of displacement, the grief of separation and the soul-crushing uncertainty of waiting. 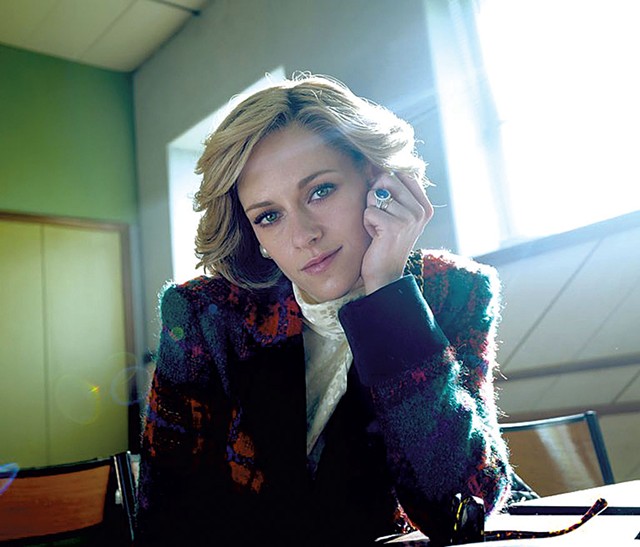 5 Incredible Movies of the Filmmaker That You Must Watch Again

The invisible force threatening the characters in Claudia Llosa’s literary adaptation Fever Dream (Netflix) is not actually a virus. But the Peruvian director’s film about an interrupted summer idyll captures the skin-crawling sensation of knowing something microscopic and very bad might be invading your body at any second. It’s almost too real.

Maybe the trailers led me to expect too much from House of Gucci. I was psyched for glitz, glam, Gaga and murder, but what I got was a leisurely 158-minute biopic that never gets under the skin of its characters or gives us any reason to care about them.

Ah, but at least the faux Italian accents, ranging in commitment from half-hearted (Jeremy Irons) to full provolone (Jared Leto), were entertaining.

So maybe Barb and Star Go to Vista Del Mar (Hulu) isn’t a comic masterpiece for the ages. But cowriting costars Kristen Wiig and Annie Mumolo are clearly having a ball in this very silly movie about two Midwestern, culotte-wearing BFFs who foil an evil mastermind’s plot. And the fun they’re having is contagious.

If you’ve been reading my reviews, you know I’m partial to movies that make me say, “What was that?” It’s a stereotype, bien sûr, but French filmmakers seem to have a special knack for tying our brains in knots.

So, this year’s WTF title goes to Leos Carax’s Annette (Amazon Prime Video), by far the oddest musical of 2021. Adam Driver and Marion Cotillard play a pair of show-biz archetypes who somehow give birth to a puppet that evokes more pathos than many real child actors do. Both visually and aurally, it’s a sumptuous film for those who like their musicals with a hefty dose of dark humor.

Every frame of Wes Anderson’s The French Dispatch looks like a poster I would hang on my wall. Combining black-and-white and color cinematography, live action and animation, meticulously constructed tableaux and breakneck physical comedy, this film about a New Yorker-type publication is a feast for the eyes.

And yet, as a narrative, I found the movie a little too broad (the town of Ennui-sur-Blasé, anyone?) and a little too inert. Mileage may vary.

As already mentioned, musicals were plentiful this year, with In the Heights and West Side Story hitting many joyous notes. But for a refreshing lack of cynicism, you can’t beat the South by Southwest sensation Best Summer Ever (Hulu), which was produced and shot in Vermont by the Lincoln nonprofit Zeno Mountain Farm.

Not only are the tunes tuneful, the lyrics clever and the choreography exhilarating, but the movie also features people with disabilities in major roles, including a wheelchair-using heroine with a killer voice. Best Summer Ever isn’t about disability; it simply shows that no-fuss inclusiveness is possible. Hollywood should take note.

Jane Campion’s The Power of the Dog (Netflix) is a powerfully acted, visually stunning revisionist Western that could triumph come awards time. And yet, watching it, I kept feeling as if the characters’ interactions had more subtext than was apparent on the screen.

When I picked up Thomas Savage’s 1967 novel, I found all the layers of context I’d missed in the movie. An unsung masterpiece, the book enhances the film version, and vice versa.

So far, my favorite film of 2021 is Paul Verhoeven’s Benedetta. Because 1) it was a bit of a WTF; 2) it made me think (believe it or not, the director of Showgirls sees himself as a serious scholar of the life of Jesus); and 3) it told an actual story, with twists and turns and evolving characters.

Many art-house directors seem to think it’s enough for their films to set a mood — telling a rousing good yarn is the job of streaming TV. For the reasons I mentioned in my introduction, today’s prestige TV does indeed tell many of the complex, “grown-up” stories that movies used to tell. Case in point: Barry Jenkins’ “The Underground Railroad” (Amazon Prime Video), a limited series that was one of my best “cinematic” experiences of the year.

Let’s raise a glass to seeing more great stories on the big screen in 2022.

Stars You Forgot Were in the 'Star Wars' Universe: Photos

Indian Actors Who Made Us Proud In Hollywood

5 Incredible Movies of the Filmmaker That You Must Watch Again

Indian Actors Who Made Us Proud In Hollywood