Married at First Sight returns to Boston for its 14th season at Lifetime, and ahead of the premiere, cast members are teasing their experiences with the social experiment so far.

For those who are less acquainted with the reality hit, Married at First Sight matches singles with a partner selected by a set of experts where they meet at the altar and say “I do” moments later. This is the second time the show has stopped by Beantown since Season 6. After Shawniece Jackson and Jephte Pierre found lasting love with the show the first time MAFS spent time in Boston, Season 14’s singles are hopeful they can make their new marriages last.

Below, Season 14’s cast members reveal what’s surprised them the most, what advice they’d give to future cast members, and the reason behind signing up for this experience. For Mark “The Shark,” he was ready to dive into the deep end with his future bride, but when it came to surprises, the thing that probably took him most off guard was the friendships he’s made along the way. “Meeting all the guys and really getting along and having this closeness about us right away was comforting,” Mark admits. “I knew going into it I’d find a wife, but no expectation to make friends.”

His match, Lindsey, on the other hand thought she knew what to expect, but was taken completely off guard. “I was ready for the challenge, but there are a lot of unknowns and you just have to kind of go with the flow or take the lead. It’s unlike anything I’ve ever done and or experienced in my life, and I have lived life!” she teases. “Buckle up because this wild ride will be interesting to watch.” 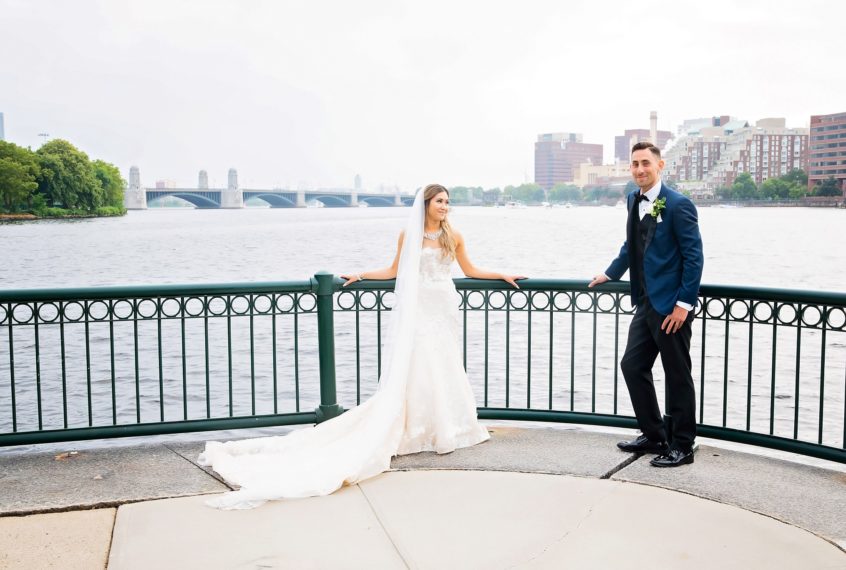 After taking a long road trip, Steve was inspired to sign up for the experiment, but never imagined he’d be so changed by the experience. “I was surprised to find the experience a lot more enjoyable than I was expecting!” he says. “I was certain I’d get to the point where I didn’t want to be open and vulnerable, and it would become too much for me, but somehow, between the amazing people, and the comfort I found in the process, I got to the point where opening up became therapeutic.”

Steve’s match, Noi echoes this sentiment after she believed she knew everything about herself heading into this process. “I knew that I was signing up to be married to a stranger, but I did not understand that I was also signing up for a journey of self-discovery,” she reveals. “I thought I had already done the work to become complete and that part of my story was finished. Little did I know that the MAFS journey was actually about testing my commitment to my values and beliefs, which means that I was challenged to dig deep.”

Noi says she had to “get uncomfortable with the fact that I did not truly understand what marriage really was, even though I wanted it so badly.” As for advice she’d give to future participants, Noi says, “Stay honest with yourself and your needs. Marriage and commitment are wonderful and sacred, but you have to prioritize yourself while you learn and unlearn what it means to be married.” For Jasmina, she has learned that making a marriage work is possible for almost anyone, as long as you’re willing to put the work in. “Some people might think you are just thrown into this and have to figure it out but you have access to so many things and people who are rooting for you and willing to help you during your process,” she reveals. Jasmina also advises that any future cast members should head into the experiment with an open mind. “I don’t think anyone should ever settle for less than they deserve but I do think you should sometimes be open to something different if that makes sense. Expectations can lead to disappointment. When you sign up for this you have to trust it.”

As for Jasmina’s match, Michael, he wasn’t entirely sure what to anticipate heading into the social experiment, but when it came down to the process, he was most surprised to connect with his fellow cast members as much as he has. “The bond that I built with the rest of the cast definitely was a key component in helping me throughout my marriage,” he shares. On the advice side of things, Michael tells future cast members to “be honest about everything: your past, your feelings, your needs, wants, and about who you are in general.” When it comes to this pair, they agree that the show is something you can never fully prepare for. “What surprised me the most was how intense going through the whole process really is,” Katina shares. “I don’t think anyone could prepare you for something like this. Talking about emotions every day and having to repeat difficult moments that you and your partner have had was the hardest part for me.”

Despite the challenges, Katina leaned on the friendships she made to help learn more about herself and understand her marriage to Olajuwon, who admits, “The process has its pros and cons, but what surprised me the most was how a stranger could be a safety net. I learned that the amount of time you know someone doesn’t matter, but your connection does.”

When it comes to offering advice, Katina says, “Do what makes you happy,” and advises that participants should be open to finding love. Her match Olajuwon tells future participants, “Don’t change who they are for cameras, and if you genuinely want the process to work, come with a loving heart, open mind, and forget about a person’s past.” While Alyssa was surprised to find out “how much work and time being on a TV show takes up of your day-to-day,” she added that, “It’s really hard to figure out how to balance your personal life, work life, a new marriage, and a lot of new friends in such a short period of time.” Her match Chris couldn’t be more complimentary of the production team that helped make the process more manageable for them.

“There is a real sense of positivity and goodwill throughout the whole process,” Chris says. “Everyone from the crew and experts to the other couples, there is nothing but love and a desire to build happiness for each person.”

When it comes to advice for future cast members, Chris says, “Take some time to really understand yourself first. This is not a scripted or finely-edited production. This is a documentary where your authentic self is going to be on display, no matter who you are deep down.” Alyssa echoes him, advising that you “remember to be your true self and don’t change because of the circumstances you are in. Make sure to stick to your gut and never settle.”

See what these couples get up to as Married at First Sight Season 14 unfolds on Lifetime.