Most Anticipated New TV Dramas of 2022

Dramas were a massive hit in 2021, and here are ten that will continue to have audiences raving in the coming year.

2022 is shaping up to be one of the greatest years of television in the medium’s modern age. Every year a new crop of high-quality dramas hit streamers and networks alike with hopes to capture the mass audiences’ already scattered attention. And 2022 is certainly no exception to this recent trend. With a seemingly endless amount of platforms to watch content on, stories that may have been pushed aside before are finally getting their chance to shine. Similarly, potential projects that had too much story for a movie but not enough for several seasons are finally experiencing a moment where that’s what audiences are craving.

Fans are in the hay-day of dramatic television, and while it’s impossible to see everything, some things are a must-watch. Here are ten sure-fire hits set to be released in 2022 that fans of family drama, crime and scandal will certainly not want to miss.

Bel-Air may be one of the most anticipated reboots in recent memory. Will Smith decided to produce this new dramatic take on the series after the success of the 2019 short film Bel-Air, created by director Morgan Cooper. Set in modern times, this re-imagining of The Fresh Prince of Bel-Air will have a more somber tone and discuss the relationship between race and wealth in America. The series is set to premiere on NBC’s streaming service, Peacock, on February 13, 2022.

This prequel to the John Wick series will follow a young version of Ian McShane’s Winston Scott as he tumbles into the criminal underworld in 1975. Colin Woodell has been announced to play Young Winston alongside Mel Gibson, who has been cast as a new character named Cormac. The Continental will be a three-episode event and is set to premiere on Starz on May 27, 2022.

The Last of Us

HBO’s new series, The Last of Us, joins the slew of video game adaptations that will be released in 2022. The series will star Pedro Pascal and Bella Ramsey as Joel and Ellie, who trek across what’s left of the United States in a post-apocalyptic world. A teaser trailer was recently released for the series and has fans chomping at the bit for the adaptation. While there is no release date yet for the ten-episode first season, creators have hinted at an early 2022 release on HBO.

This series is a dramatization of the true story surrounding the death of Kathleen Peterson and the murder trial of her husband Michael Peterson. The HBO series hopes to create a third wave of interest in the case following the press coverage of the original trials and the Netflix docuseries of the same name. The series has a stacked cast and will feature the talents of Colin Firth, Toni Collette, Sophie Turner and Woody Harrelson. As of the writing of this article, there is no release date for the HBOMax mini-series.

RELATED: Station Eleven: What’s the Deal With Jeevan in Episode 1?

This drama is a re-imagining of the 1980 Paul Schrader film of the same name and stars Jon Bernthal, Rosie O’Donnell and Wayne Brady. This series will follow the story of ex-convict Julian Kaye as he attempts to reintegrate himself into society after leaving prison and his attempt to clear his name. While principal photography for the series has wrapped, the Showtime series currently has no set date for its 2022 release.

Based on the 2017 novel of the same name, this FX series will star Jeff Bridges as an ex-intelligence operative who finds himself targeted for assassination. The series was written by Robert Levine and Jon Steinberg and has Spider-Man: No Way Home director Jon Watts set to direct the pilot. The six-episode series will be available on FX and Hulu in 2022.

Inventing Anna will surely be a star-making turn for actor Julia Garner, who is mostly known for her performance in Netflix’s Ozark. Garner will lead the Shonda Rhimes series as a young con-woman named Anna Delvey whose life of crime is starting to catch up with her. The series also features the talents of Laverne Cox, Anna Deavere Smith and Arian Moayed and will hit Netflix on February 11, 2022.

From the director of the hit 2017 dark comedy, I, Tonya, this show will follow the infamous sex scandal of Baywatch star Pamela Anderson and Mötley Crüe drummer Tommy Lee. The trailer for the series envokes a farcical yet tense tone akin to films like The Big Short and Vice. The eight-episode Hulu series debuts on February 2nd, 2022 and stars Lily James, Sebastian Stan, Seth Rogan and Nick Offerman.

RELATED: The Last of Us Casts Parks & Rec’s Nick Offerman in Mystery Role

We Own This City

From one of the executive producers of The Wire, David Simon, this Baltimore set series will follow the story of a corrupt police task force throughout the 2000s. The series stars several newcomers, with big names like Jon Bernthal, Josh Charles and Jamie Hector filling out the supporting cast. Due to a halt in production, there is currently no indication of when the HBO series will be available in 2022.

This Apple+ series is set to follow the multi-generational tale of a Korean family as they journey to America and start a new life. While American’s might not recognize their names, this series is stacked to the brim with incredible Korean actors who will bring this story to life. The eight-episode mini-series promises to be a harrowing yet inspiring series that dissects institutional racism and the struggles of finding where one fits in a vastly different culture. The Apple+ series is set to premiere in 2022.

KEEP READING: Shows to Watch After Ozark Wraps Up This January 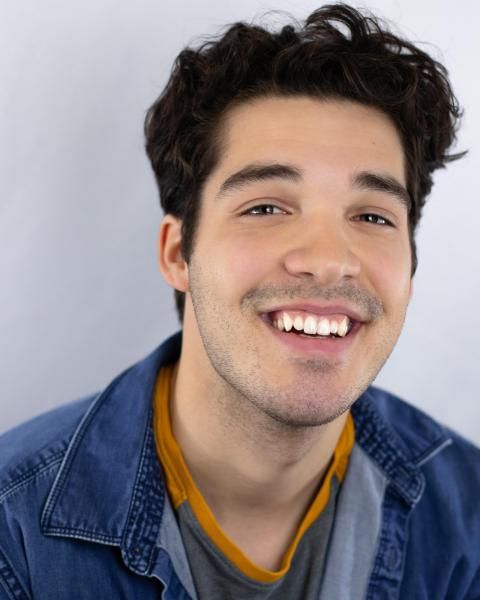 J is a TV Features writer for CBR.com! He lives on the Upper East Side in New York City. Along with writing for CBR, J is an aspiring writer for TV, Film, and stage.