Before Joe Lee left Syracuse radio station WAER at the end of summer, he met with Kendall Phillips and had a favor to ask.

Lee, WAER’s director and general manager, was the creator, producer and host of “Pop Life,” a podcast that invites expert guests to discuss significant work, events and milestones in popular culture. Phillips, a professor of communication and rhetorical studies in the College of Visual and Performing Arts and the founding co-director of the Lender Center for Social Justice, was a frequent guest on the podcast.

Lee was leaving to become general manager of New Jersey’s statewide public television network NJ PBS, and he didn’t want “Pop Life” to die. He asked Phillips to take over as host, and Phillips happily agreed. 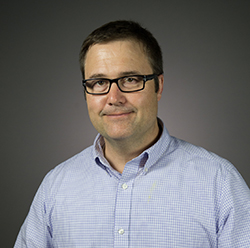 “I give a lot of the credit to Joe Lee, who started the show and was the host for many, many years,” Phillips says. “I feel like we are trying to honor that spirit that Joe put into the show to pop the hood on the engine of pop culture and say, ‘how is this working?’ ”

Phillips’ research focuses on controversies and conflicts arising around public memory, popular film and popular culture. He has published several books, including “A Place of Darkness: The Rhetoric of Horror in Early American Cinema”; “Controversial Cinema: The Films that Outraged America”; “Projected Fears: Horror Films and American Culture”; and most recently, “A Cinema of Hopelessness: The Rhetoric of Rage in 21st Century Popular Culture.”

In this Q&A, Phillips discusses his vision for the podcast, future guests and an upcoming interview with … Kendall Phillips?

The Pearsons Strike a Pose in Season 6 Character Portraits