585
SHARES
3.3k
VIEWS
Share on FacebookShare on Twitter
Rocky’, a Tamil thriller film which was released last week was helmed by director Arun Matheswaran. Director Vignesh Shivan took to Twitter to announce that ‘Superstar’ Rajinikanth had called him to appreciate the efforts of Rowdy Pictures for producing the movie ‘Rocky.’ He also added that Rajinikanth praised the acting of Vasanth Ravi and Bharathiraja in the movie.

He had also attached the image of the Twitter page of Rowdy Picture that shared the photos of Rajinikanth with Bharathiraja and Vasanth Ravi. It captioned that, “Our beloved SuperStar Rajinikanth Sir watched #Rocky and he loved the film and our star performers #Bharathiraja Sir and #Vasanth Ravi’s power-packed performances!!” 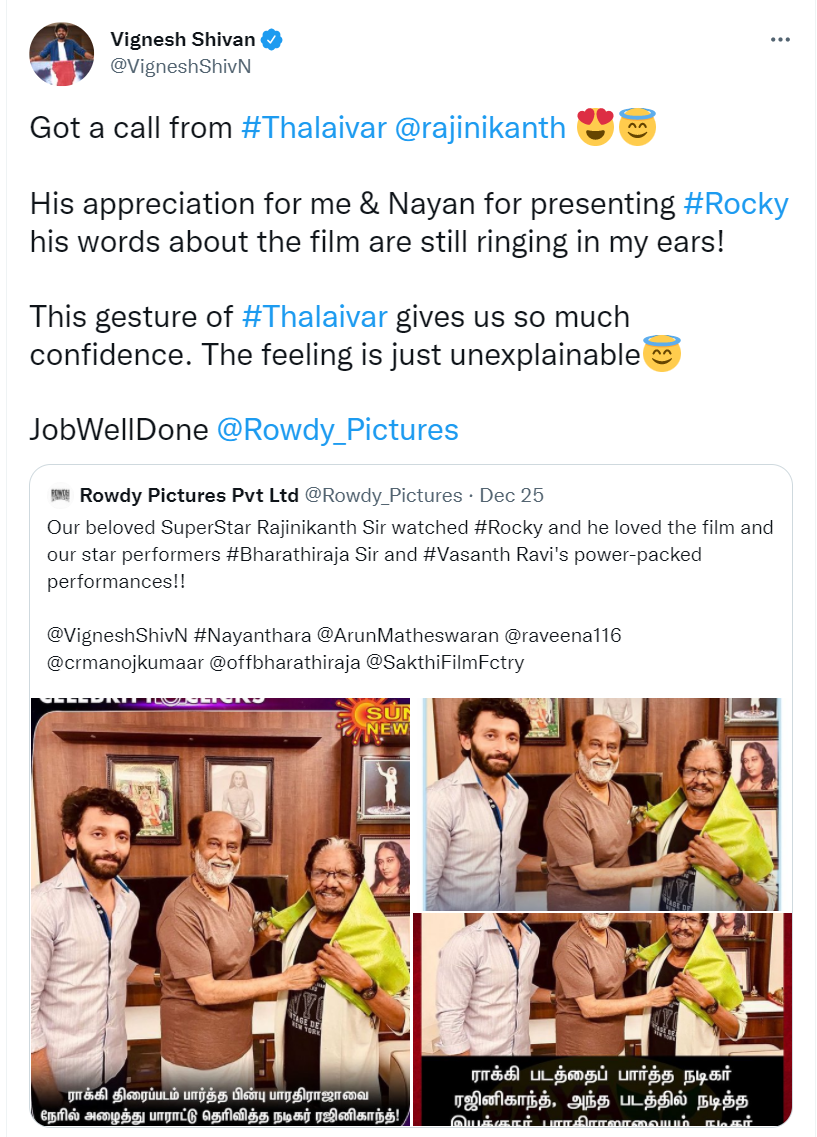 ‘Rocky’ is produced by Vignesh Shivan and Nayanthara under the banner of Rowdy Pictures.

Dubai Diaries: Why 1983 was a landmark year - News