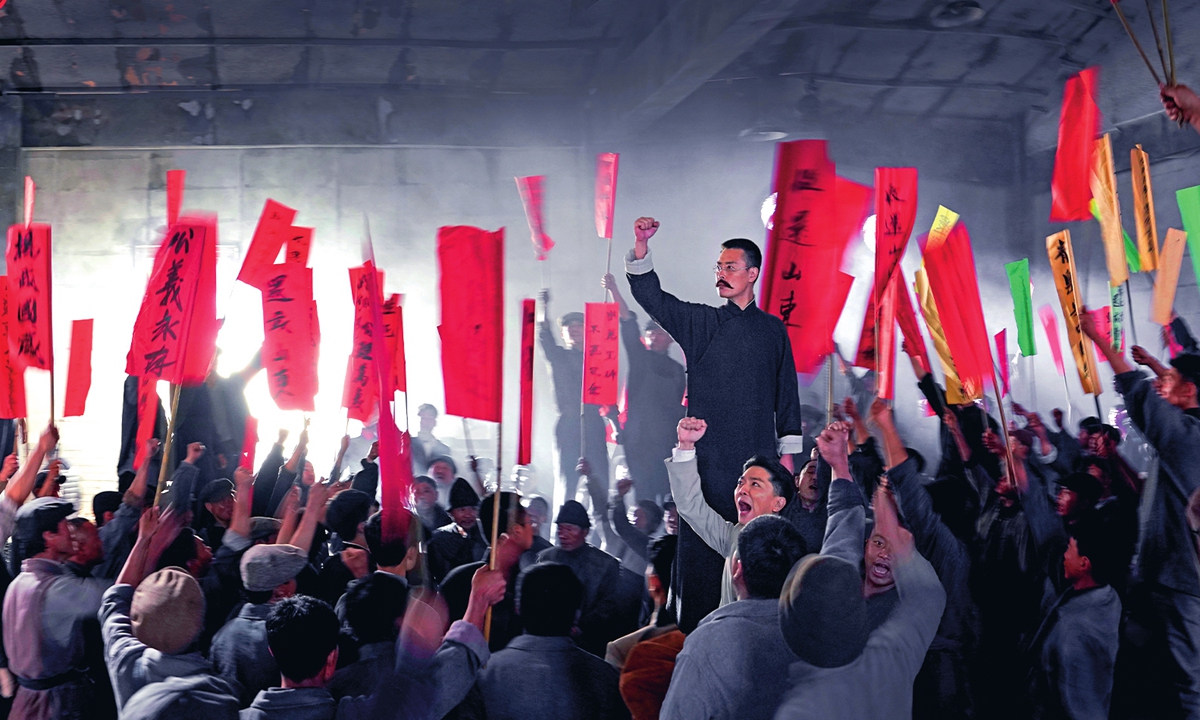 The highly popular red TV drama The Age of Awakening won a Huading Award in Macao on Monday for taking the No.1 spot on China’s top 100 TV series satisfaction audience survey.

Ever since the show debuted in February, it has grown in popularity, particularly among young audiences. It currently has a 9.3/10 on Chinese media review site Douban.

The show’s scriptwriter Long Pingping expressed his appreciation at the award ceremony by noting that the red genre has grown in popularity among audiences. He also expressed his gratitude for all the young viewers who voted for the show on the survey.

The Age of Awakening tells the story of the Communist Party of China’s founding in 1921.

“My children bought an issue of New Youth after watching the TV series. If such good shows can inspire our children, then I won’t have a problem allowing them to watch more TV,” posted a netizen on Sina Weibo.

New Youth, or La Jeunesse, was a magazine founded during the New Culture Movement in the early 20th century and acted as a cultural and ideological guide for China at the time.

Besides winning the “Audience Satisfaction” award, the drama and its crew also pinned down another five laurels such as Best Screenwriter and Best Actor in a TV Drama Set in Modern or Contemporary China.

This is not the first time that The Age of Awakening has earned accolades. Earlier in December, it was listed by China’s National Language Resources Monitoring and Research Center as one of the 10 annual buzzwords most frequently used by online netizens alongside other popular terms such as “double reduction” and “metaverse.”

Besides the awards given to The Age of Awakening, 32 other Huading Awards were given out to such as Best Actor to Wang Jingsong for modern history TV drama Decisive Victory, while the Lifetime Achievement Award went to actor Wang Gang.

Founded in 2007, the Huading Awards are dedicated to being the “Global Audience Word of Mouth Award.”