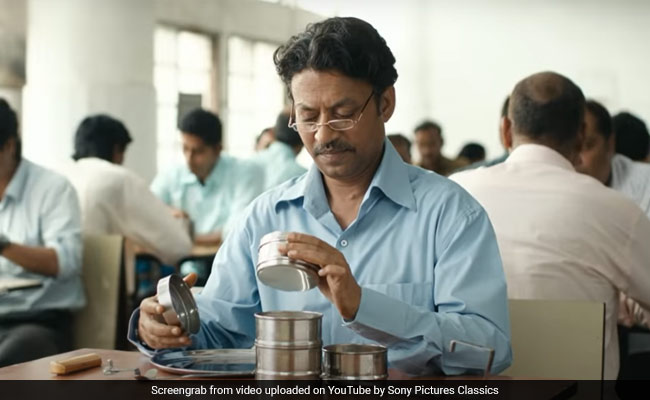 Irrfan Khan in a still from The Lunchbox. (courtesy: YouTube)

As one of the finest actors to have graced Indian cinema, Irrfan Khan has left an indelible mark in the minds of film lovers across the world. The actor’s death in 2020, therefore, felt like a personal loss to scores of fans across the world. With his spirited performances, Irrfan Khan played a variety of characters in renowned films. From comedy to romance, the actor brought to life a gamut of emotions with the ease and panache of a veteran. Be it a bandit or a businessman, Irrfan Khan made each story his own, leaving the audience spoilt for choice.

On his birth anniversary, we take a look at some of Irrfan Khan’s best performances that are a must-watch.

The Lunchbox is a story of two people who fall in love without even having met each other. The romance blooms over neatly packed lunch boxes and is facilitated by the famous Mumbai tiffin services. As Saajan, Irrfan Khan brings a vulnerability to the love story that makes you root for him from the first frame. And like always, Irrfan Khan has you cheering for him all along.

Irrfan Khan is a revelation in Paan Singh Tomar, a biography on the national steeplechase champion who turns into a dacoit due to circumstances. The complex role based on the eponymous athlete’s life had Irrfan delivering one of his career’s best performances. Audiences and critics both lauded the performance, for which he also won a  National Film Award.

Irrfan Khan’s performance in Maqbool makes you believe that he was born to bring complex characters to life. The film is an adaption of Shakespeare’s Macbeth and features Irrfan Khan in the titular role. As Maqbool, the actor perfects the role of a man overcome first by greed and then by his conscience.

Mira Nair’s film saw Irrfan Khan share screen space with his Maqbool co-star Tabu.  But Ashima Ganguli and Ashoke Ganguli of The Namesake inhabit a completely different world from Maqbool and Nimmi. Based on Jhumpa Lahiri’s book, Irrfan and Tabu bring to life the trials and tribulations of first-generation immigrants from West Bengal who move to the United States for a better future and their relationship with their American-born children.

Based on the real-life case of the death of teenage Aarushi Talwar, the film features Irrfan Khan as Ashwin Kumar who is investigating the death of a teenager and her domestic help. Irrfan Khan’s ease with which he emotes the most complex emotions makes this film a must-watch.

With this film, Irrfan Khan reminded us that he is just as endearing in sweet love stories as he is intriguing in complex dramas and thrillers. Watch it for the actor’s nuanced performance and his chemistry with Konkona Sen Sharma.

Qissa is a compelling story that tackles the issues of gender identity, gender bias and the concept of family. The film traces the choices and actions of a man who is obsessed with the idea of having a son to continue the family lineage. As Umber Singh, Irrfan Khan plays a man who is far from likeable but each time you question the character you also applaud Irrfan’s talent.

This film features Irrfan Khan with Parvathy Thiruvothu as Yogi and Jaya who meet each other on an online dating site. As Jaya, a widow learns to trust and love Yogi, you do too, all thanks to Irrfan Khan’s charm.

Life Of Pie by Ang Lee is a film that needs no introduction. While the story revolves around the journey of Pi Patel played by Suraj Sharma, Irrfan Khan and Tabu feature as Pi’s parents. Even in what is described as a supporting role, Irrfan Khan steals the show.

You can’t help but fall in love with Irrfan Khan in Piku. As Rana, Irrfan is the voice of reason amid the eccentricities that define Piku’s relationship with her dad Bhaskor Banerjee.

Tell us which of these movies by Irrfan Khan you liked the most.

US regulator rules that Google infringed on Sonos speaker patents

Moral Outrage Meets Tragedy in ‘Next Sohee’ – The Hollywood Reporter

US regulator rules that Google infringed on Sonos speaker patents