Rings of Power: who are the white cloaks hunting The Stranger?

Who are the white cloaks hunting The Stranger? Evil is on the rise in the fantasy series Rings of Power. The worshipers of Morgoth and Sauron believe that the comet that tore through the skies of Middle-earth is a fell omen. A sign to true believers that the dark lord will soon return to unite the forces of darkness and wipe good from the land.

Viewers of the TV series will be aware that the meteor wasn’t actually a chunk of space rock, it was, in fact, a man (or something that looks like a man, at least). Known to us as The Stranger, this enigmatic figure’s true identity is currently a mystery, but Lord of the Rings fans have speculated he’s everything from a Maia to the dark lord Sauron himself.

Whoever this stranger is, he’s clearly important to the bad guy’s plans. In Rings of Power episode 5, we saw some ominous-looking figures dressed in white cloaks investigating the crater where he landed, but who are the white cloaks hunting The Stranger? Well, we have a few theories.

Who are the white cloaks hunting The Stranger?

The three figures in white cloaks hunting the stranger are credited as The Dweller (Bridie Sisson), The Nomad (Edith Poor), and The Ascetic (Kali Kopae). That’s not much to go on, though, is it, and the series isn’t exactly forthcoming on details, but we can make some educated guesses. 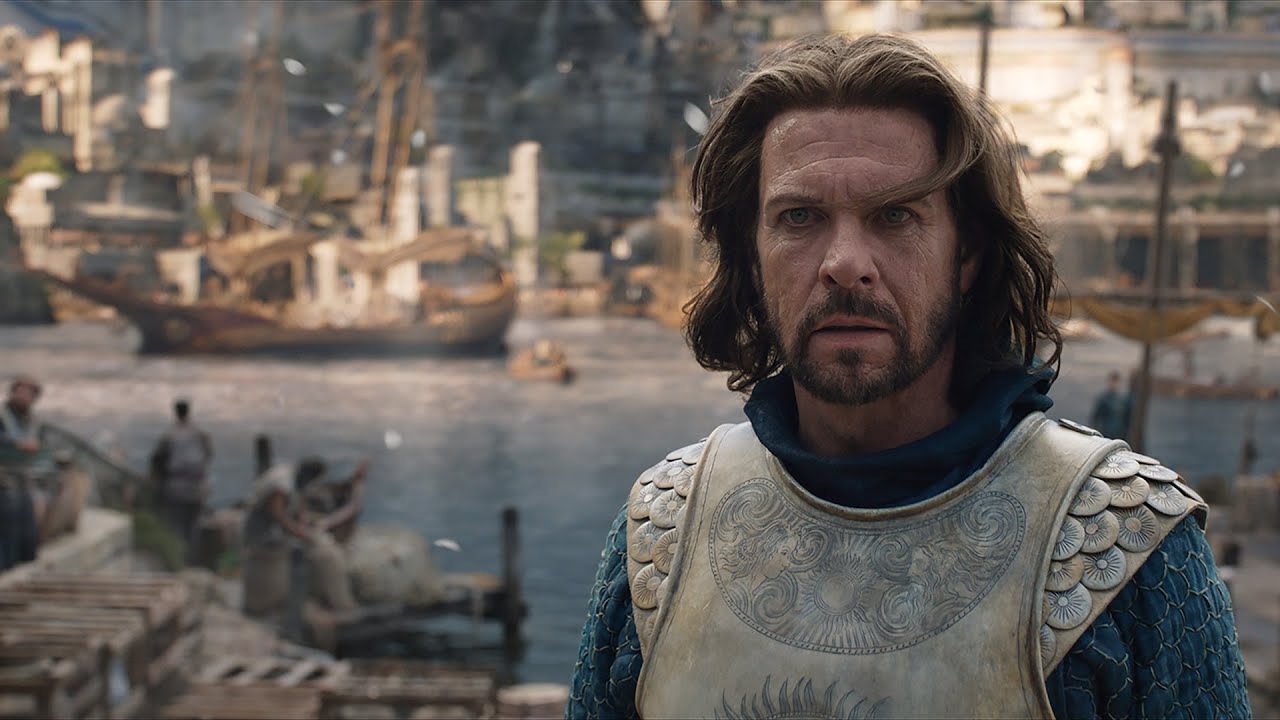 Are The White Cloaks Morgoth’s cultists?

It’s possible that the white cloaks are members of a cult that worships Morgoth. Sauron established several dark churches devoted to his deposed master during the Second Age, managing to convince countless humans across Middle-earth to turn their backs on the Valar.

Sauron’s twisted cults were instrumental in the destruction of Numenor. We learned in the last episode that there are plenty of Morgoth worshipers in the Southland who took the meteor as a religious omen. So perhaps The Dweller, Nomad, and Ascetic are evil priests looking for their god.

Is the leader of the White Cloaks Sauron?

A lot of fans online have speculated that The Dweller is actually Sauron himself. On paper, this kind of makes sense. He’s clearly the leader of the group, and we know the comet is important to the evil-doers’ plans.

Should The Stranger be a Maia (and that’s looking more and more likely), it seems to us that Sauron would want to meet such a potentially powerful ally or enemy himself. We also know that Sauron still possesses his shape-shifting powers at this point in the timeline so he could easily twist his form to look like a normal man.

Of course, there are some pretty big holes in this theory. The first is that Sauron’s not really the type to do stuff himself. He’s more of a traditional evil overlord who likes sending minions out to do his bidding. The second is that while The Dweller seemed like he was in charge, the others didn’t seem like his servants. Were he truly Sauron, we think they’d show a bit more reverence to their supposed god.

If you love Middle-earth and want o know more about your favourites Lord of the Rings characters, we have an article all about the elf lord Elrond.

Karthi: Ponniyin Selvan is an achievement in itself