The Black Phone: Watching Scott Derrickson’s career grow has been quite the trip. From working on Hellraiser: Inferno to directing Marvel’s Doctor Strange, you can see uptick in his directorial graph. Every movie is better than the previous one in some way. Sinister saw him truly bring out his horror roots as he traversed a story with supernatural elements while Doctor Strange saw him be the director that can bring awe-inspiring spectacles to the big screen. With The Black Phone, Derrickson has outdone himself by making a film that’s gripping, thrilling and most of all, down-right uncomfortable at times. The Black Phone Trailer: Ethan Hawke Turns Up the Creepiness Factor in This New Promo For His Horror Film! (Watch Video).

Directed by Derrickson and written by him and C Robert Cargill, The Black Phone is based on a short story of the same name by Joe Hill. The film takes place in 1978 and sees Finney (Mason Thames), a young baseball pitcher, kidnapped by a serial killer called The Grabber (Ethan Hawke). Trapped in a basement, Finney suddenly starts getting calls from a disconnected black phone that happens to be of the previous victims of The Grabber. At the same time, Finney’s sister Gwen (Madeleine McGraw) begins to have psychic dreams that sends her on a quest to find her brother. 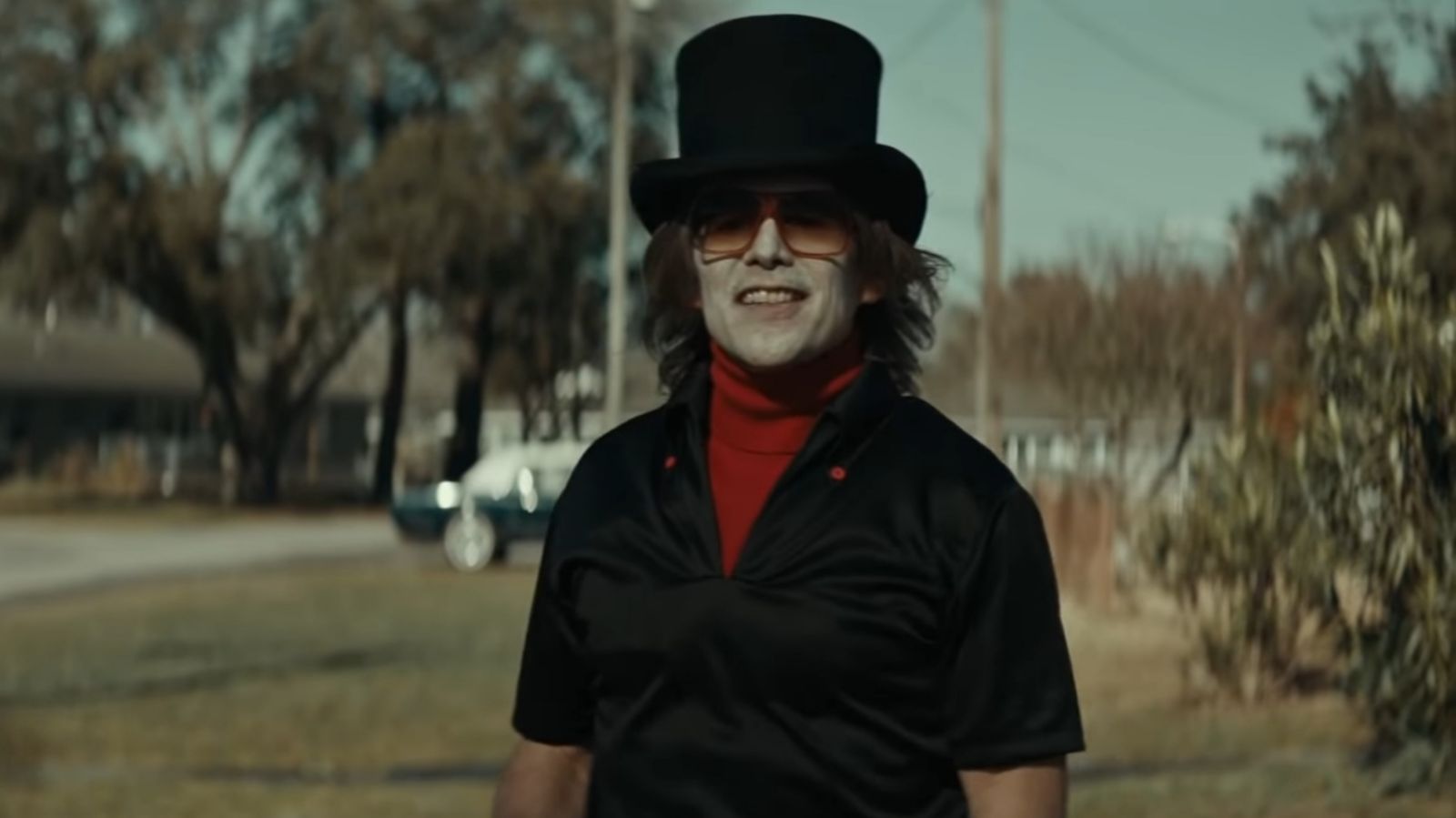 Starting off with a very impressive title card sequence that invoked the feel of early ‘2000s horror films, The Black Phone takes its time with setting up the plot here. The writing is its strongest suit by far. We start off with seeing The Grabber’s first victim, and from there on out we are quickly thrust into the life of Finney and Gwen.

As two children who are living with their abusive dad, we see a friendly bond between them and Mason Thames and Madeleine McGraw portray some great chemistry on screen. Thames does a nice job of portraying a child who isn’t confident, but throughout the movie, he realises that he needs to stand up and defend himself. That’s character development done right, and it provides for one of the most satisfying third acts I have seen in a while which puts the character first instead of creating a spectacle. Whenever that phone rung, you want him to pick it up and find the next clue on how to get out.

Madeleine McGraw steals the film with her foul-mouthed, albeit sweet portrayal of Gwen. She has some of the best lines in the film that are delivered so effortlessly, and honestly had me in stitches at times. She has great comedic timing, but also portrays raw emotion as well. There is one particular scene involving her father Terrence (Jeremy Davies) showcasing parental abuse, and the acting there is off the charts. Watching that scene made me, and others around me, uncomfortable, and that’s all partly due to the actors just doing their best on the screen.

Jeremy Davies also portrays quite the punchable father over here that has an arc in the film. While it didn’t work for me as the resolution of it gets muddled up, Davies still provides for a performance that makes him one of the most easily hateable movie dads out there. If it wasn’t for Hawke here, I would have totally taken Davies as a villain. 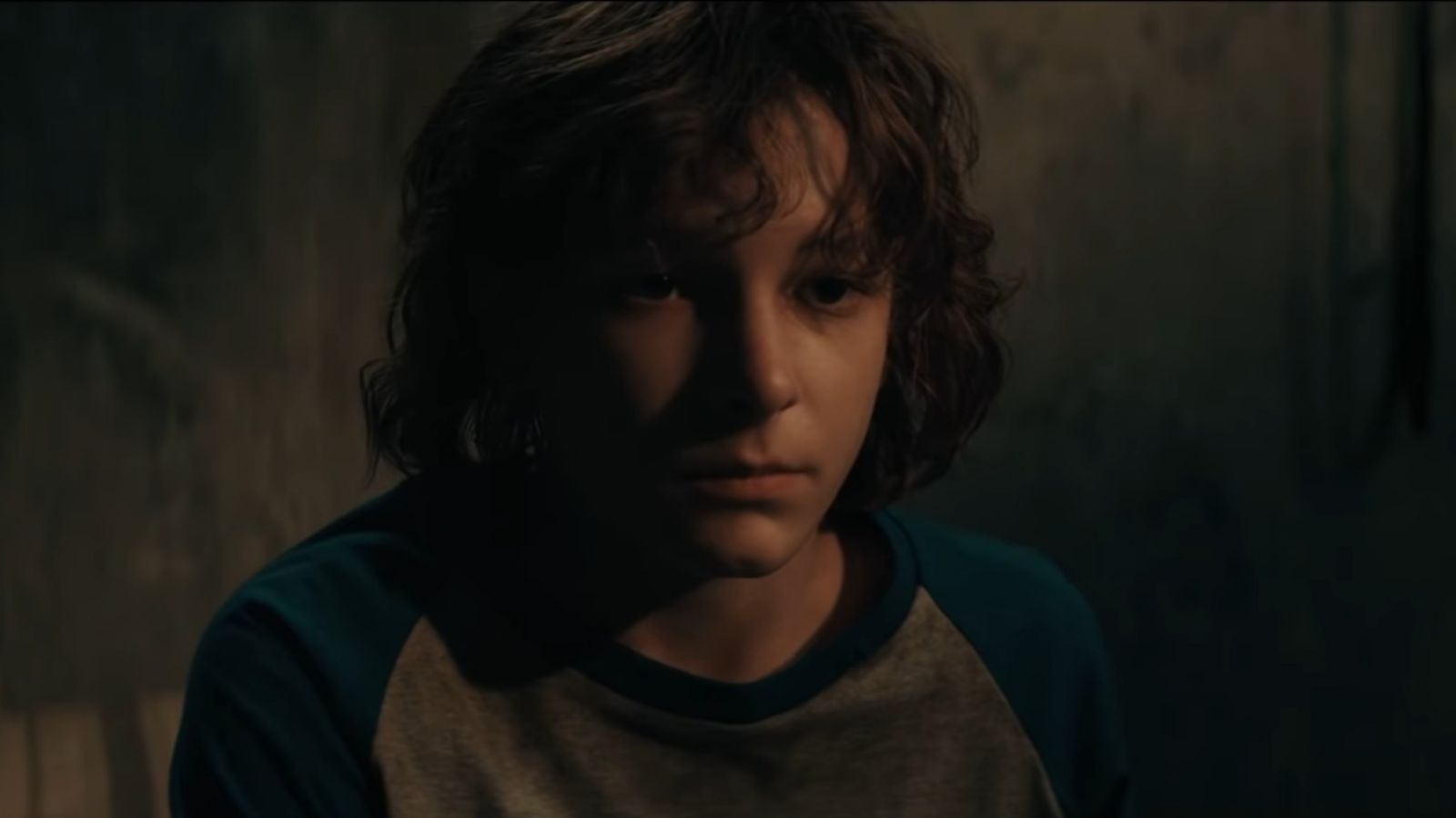 However, talking about Hawke, you have never seen him be this frightening before. Hawke took up the role of Arthur Harrow recently in Moon Knight and delivered a villainous performance that elevated the very one-note writing of that character. Well, that is chump change compared to his turn as The Grabber in The Black Phone. Hawke provides for a villain who is just plain evil. I liked how his motivations for what he is doing and why he is doing it are never really explained. He is just a plain, thirsty for blood hellspawn that lays an absolute wake of dead children in his way. He is scheming, creepy and manipulative, and that’s what makes his enigmatic murderer so great to follow.

The writing does a great job at selling everyone’s characters as mentioned before. One of the most interesting trends we have recently seen in horror films is how the emotions of the characters are put at the forefront. A Quiet Place used that to a great effect, and in the same way The Black Phone does it too. While the scares are ever so present, the stakes are heightened by how effective the plot is in making us care for Finney. 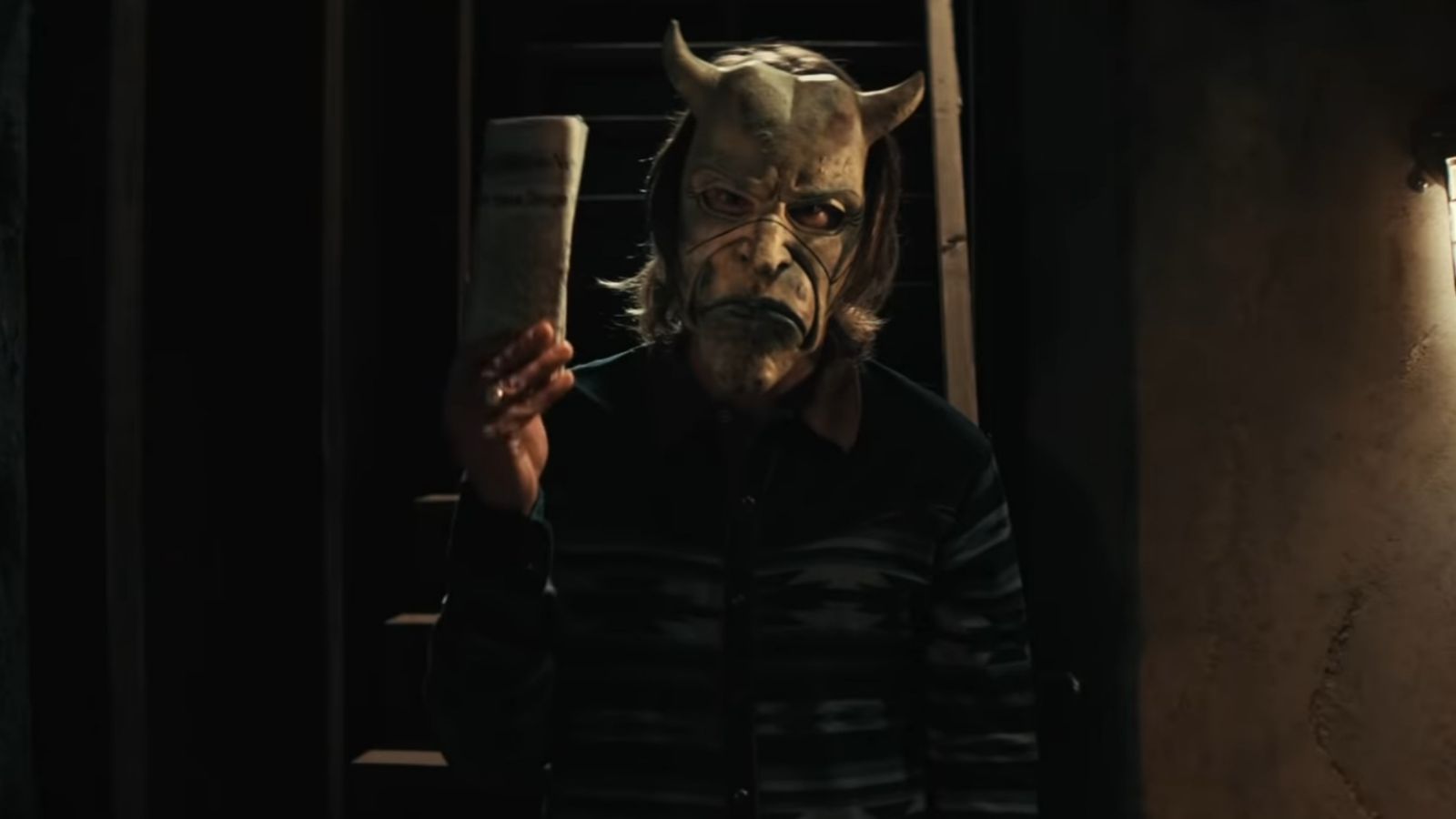 There are a good bunch of supernatural elements here too. Most of The Black Phone’s scares are provided with the appearance of the dead children, and while not used a lot, the jump scares are quite effective. The plot, again, doesn’t explain the supernatural elements, but it’s handled so effectively here that you just accept that it’s a part of the characters and the world. It’s also used to great effect in how the plot is able to create some smart scenarios regarding the characters. Finney is probably the smartest horror character I have seen in a good while. Lightyear Movie Review: Chris Evans’ Toy Story Spinoff Is An Enjoyable Space Odyssey That, Sadly, Lacks the Pixar Heart (LatestLY Exclusive).

The dream sequences with Gwen are also filmed with a ‘70s found-footage grainy vibe that further help in bringing that time period to life. The ‘70s aesthetic is well realised too as the bowl haircuts and long, curly hairstyles with the clothing take to the forefront. Mark Korven’s haunting soundtrack also makes for an effective and gripping score that elevates the horror of the film from its opening titles.

Check Out The Main Title Track From The Black Phone:

If there is one thing that I would have to nitpick about here, then it would probably be how the kidnapping of Finney is paced. It happens so quickly that watching it felt like a whiplash of going from one scene to another in a split second. Other than that, The Black Phone is a thrill ride from start to finish.

The Kidnapping Scene is Weirdly Paced

The Black Phone is a smart, tense and emotional watch that has you in its hooks from the moment the opening titles play. Ethan Hawke in a transformative role, gives us one of the most memorable horror villains in a while as Mason Thames and Madeleine McGraw put on a powerhouse of performance at such a young age. Scott Derrickson’s most impressive film to date, The Black Phone is a film that shouldn’t be missed. The Black Phone releases in theatres on June 24, 2022.

(The above story first appeared on LatestLY on Jun 22, 2022 01:29 PM IST. For more news and updates on politics, world, sports, entertainment and lifestyle, log on to our website latestly.com).

To avoid US extradition, Megaupload pair plead guilty in NZ

All 2022 Stanley Cup playoff series that got us to this Final, ranked

All 2022 Stanley Cup playoff series that got us to this Final, ranked