The Book of Boba Fett episode 1 review (2021) – are we trapped in a Sarlacc pit of fanservice?

The Book of Boba Fett got off to a promising, if slightly uninspired, start this week in a first chapter that explained how Boba (Temuera Morrison) ended up where we found him in The Mandalorian season 2. Yep, that’s right we spent almost an entire episode in a seven-part mini-series explaining stuff we already know.

We find Boba where we left him, metaphorically at least, attempting to take over Jabba the Hutt’s criminal empire. Literally, however, Boba’s in a Bacta Tank recovering from pretty serious wounds. As he heals we see flashbacks to his youth on Kamino, the death of his clone daddy, his escape from the Sarlaac pit, and subsequent capture by Tusken Raiders.

Immediately I had an issue with this. The Book of Boba was always going to be a fan service heavy TV series (he’s a fan favourite character after all) but kicking the whole thing off with him literally remembering a list of cool Star Wars stuff seemed pretty egregious. Thankfully Fennec Shand (Ming-Na Wen) rescued us from the flashbacks by reminding Boba about his series core concept, running a crime empire, and taking him out of the Bacta goop.

The moment Fett’s in his armour and actually flexing his crime lord muscles Book of Boba came to life. There was intrigue, action, humour, and questions raised about Boba’s ability to control Jabba’s former territory. It was exciting and interesting to watch.

Unfortunately, it’s short-lived, and before you can say Tattooine, Boba’s back in that damned Bacta tank and we’re treated to another flashback to his time with the Tusken Raiders where we see how he won their respect.

My big problem with all these flashbacks is that they add nothing to the show. Everything we see could be surmised from Boba’s appearance in The Mandalorian. I appreciate not everyone watching will have watched Mando’s sophomore season. Still, surely there was a slightly neater way of summing up Boba’s previous adventures without dedicating an entire episode to it?

It feels like the tentacle of fan service is wrapped around the series’ leg, slowly dragging the Book of Boba towards doom. Still, it’s not all bad news. There are glimmers of hope that we may escape this hungry pit of fanservice. 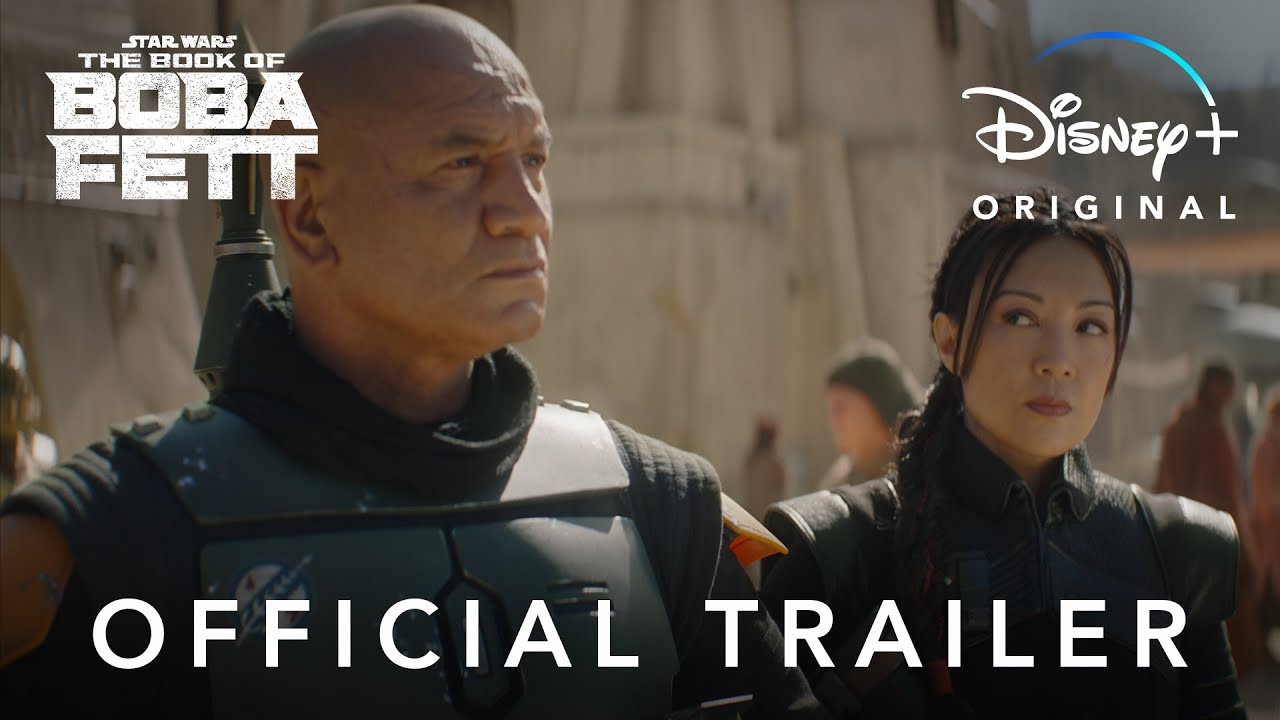 We knew that Wen and Morrison were brilliant after seeing Mando series two, and they continue to play off each other very well, bringing some much-needed humour to the dusty world of Tatooine. Their brief exchange in a Mos Eiseley cantina was easily the highlight of the episode, teasing that Fett and Shand may be allies for now, but they have significantly different opinions on how you run a criminal empire.

There was also some suggestion that Fett – who appears to have been more seriously hurt by the Sarlaac than we realised – may be slightly past his prime. I hope now we’ve established Fett’s backstory (again), we get more of this and less backstory.

It would be remiss of us not to mention Ludwig Göransson’s incredibly score. He’s been the Star Wars TV series secret weapon, and it’s wonderful to hear his beautiful western-inspired tunes once again.

The Book of Boba’s got a lot going for it; great characters, an intriguing story set in a fascinating world, and a stunning score. I just hope it realises it needs to tell a new story, not recap the hits.

The Book of Boba Fett streams exclusively on Disney Plus with new episodes streaming every Wednesday.