The Wild One Movie Review

Reviewed for Shockya.com by Abe Friedtanzer

Artists and filmmakers often make work that is inspired by their life experiences or at least shaped by them. In some cases, those who have lived through trauma seek to avoid it altogether, or they express on screen a different kind of resilience by profiling other hardships that they personally did not deal with but which they believe should be seen by an audience. A number of early Hollywood figures were Jewish and faced their own issues of antisemitism, but there were also those who survived the Holocaust and then came to America to reflect their lives in their work.

Among those in the latter group was Jack Garfein, who arrived in New York at the age of sixteen in 1946 after enduring time in seven Nazi concentration camps, including Auschwitz. Garfein quickly made a name for himself as a prolific director of the stage and two films, The Strange One and Something Wild. His works dealt with themes that the American public at the time wasn’t ready to see that by today’s standards would surely be far more appreciated, and he was noted for his role in the foundation of the Actors Studio, influencing a generation of filmmakers and actors.

The Wild One reconstructs the life of Garfein, who died in 2019, in a non-linear format. It begins with Hollywood and what people knew of him before he disappeared from the public eye. He gets the opportunity to speak, talking to the camera as he glances up to see footage of some of his work, and tell stories the way he remembers them. He describes how one of his first acting jobs came from his uncle, who taught him to act sick in the concentration camps so that the guards would leave him alone. He credits that performance as being successful and key to his survival.

Among the notable – and highly controversial – elements of his two films that were poorly received by the industry establishment at that time was his choice, and insistence upon, bringing in a group of Black actors. He did so even though the studio insisted that they would have trouble distributing The Strange One in the South, since he was uninterested in supporting segregation, a concept that felt wrong to him especially given what he had been through in the Holocaust. Something Wild featured a rape as a major plot point, and the complex and not entirely negative nature of the on-screen relationship was met largely with widespread objections.

This is a very personal documentary that permitted Garfein to open up about all that he had experienced, including his mother making him look presentable and then telling him that she never wanted him when they arrive at a concentration camp so that she could save his life. He describes how he hated her throughout the entire war, and only later came to understand the significance of what she had done, knowing full well what his response as a child would be.

The Wild One fuses Garfein’s art with his life, essentially arguing that they were so intertwined that they would be impossible to separate. The structure of the film is one that constantly adds more detail to Garfein’s narrative, filling in gaps that help to explain his apparent motivations for that which he chose to do. It’s a remarkable window into both facets of his legacy, and hearing from people like Peter Bogdanovich who speak with reference for his craft shows the influence that he had on Hollywood. Willem Dafoe is an effective choice of narrator, supplementing Garfein’s less intense but equally memorable voice, which gets a perfectly fitting platform of its own. 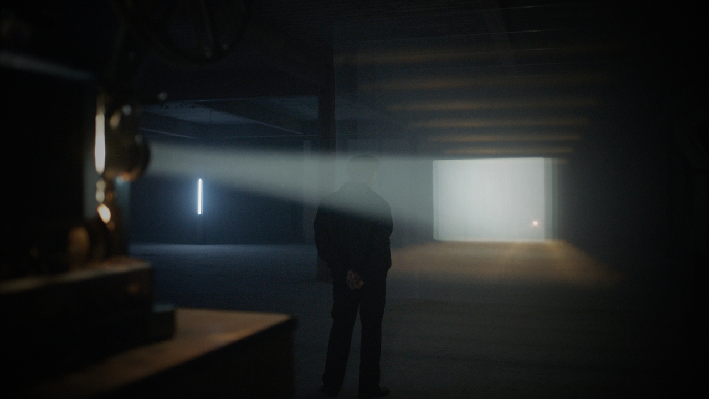