DeMario Jackson, who was at the center of a Bachelor in Paradise misconduct investigation and caused Season 4 of the show to temporarily halt production, has been accused of rape by two women.

On Tuesday, two women filed a complaint in Los Angeles County Superior Court against the former reality star, claiming he separately forced them into nonconsensual sex after taking them out on dates, reports the Los Angeles Times.

After the two separate incidents, the women — who used Jane Does in court documents — reported their alleged assaults to the Rape Treatment Center at UCLA Santa Monica Medical Center. In both instances, Jane Doe 1 and Jane Doe 2 said they were aware of Jackson’s controversial post on The Bachelor franchise before agreeing to go out with him.

In both instances, Jane Doe 1 and Jane Doe 2 said they were aware of Jackson’s controversial post on The Bachelor franchise before agreeing to go out with him.

In June 2017, a sexual encounter between then-contestants Jackson and Corinne Olympios — both of whom were openly drinking heavily that day — was caught on camera and briefly shut down production on the show, which places franchise alums from The Bachelor and The Bachelorette in an elaborate game of romantic speed dating in Mexico. 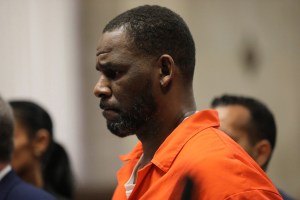 Warner Bros. subsequently launched an internal investigation into “allegations of misconduct,” later determining nothing improper had occurred. (Production resumed without Olympios and Jackson.) While Olympios originally released a statement referring to herself as a “victim,” during the season reunion for the show, she said there were “no hard feelings between me and DeMario.”

As the L.A. Times reports, Jane Doe 1 met Jackson on the popular dating app Bumble just months after the Bachelor in Paradise reunion aired while she was a senior at the University of Southern California. After their first date, Jackson drove her back to campus, where he kissed her goodnight before he allegedly “exposed his penis.”

“Jane Doe 1 was shocked and felt trapped,” the complaint says. “She was not ready for this meeting to escalate so quickly. In an attempt to set boundaries, Jane Doe 1 told Defendant that his behavior was unacceptable.”

The two continued to see each other, eventually having consensual sex on their third date. But things took a turn after Jackson met her at a bar, she says, where she claims he showed up already intoxicated. The two eventually went back to Jane Doe’s apartment in hopes that he would “sleep it off,” but instead, she claims in the filing, he raped her.

“Defendant DeMario Jackson pinned Jane Doe 1 down on the bed,” the complaint says. “[He] then forcefully sexually assaulted Jane Doe 1 by violently shoving his unprotected penis into her unlubricated vagina.”

“I couldn’t move, so all I could think to do was to say, ‘No, no, stop!’ And he just ignored me. It was like he didn’t even hear me,” Jane Doe recalled, according to the L.A. Times. “I just kept thinking: ‘Just keep saying no. No one can ever take that away from you. If you’re going to die, you’ll know you fought the only way you could.’”

Jane Doe 1 reported the crime that same night, and a report of the alleged assault was submitted to the Los Angeles Police Department that same day — documents which the L.A. Times viewed.

According to the lawsuit, she told him to stop, but he then forced her into performing oral sex.

“He was holding me down with his whole body weight, and I started to kind of choke a little bit because I couldn’t breathe,” she recalled. “Somehow, I eventually got my hands free and pushed him off. But then he started to have [vaginal] sex with me. I told him ‘no,’ and he said, ‘It’s fine, it’s fine. It’s just the tip.’”

When she reported the crime, she FaceTimed Jackson with LAPD officers present, where he allegedly admitted to the sexual assault and apologized. But despite the confession, the investigation was dropped.

Jane Doe 1 and Jane Doe 2 did not know about each other’s cases until they retained the same lawyer, with whom they are now seeking legal action. Jackson did not immediately return Rolling Stone‘s request for comment.

Did Samantha Ruth Prabhu travel to the US to get treatment for ‘rare skin condition’? Her manager breaks silence

Did Samantha Ruth Prabhu travel to the US to get treatment for ‘rare skin condition’? Her manager breaks silence