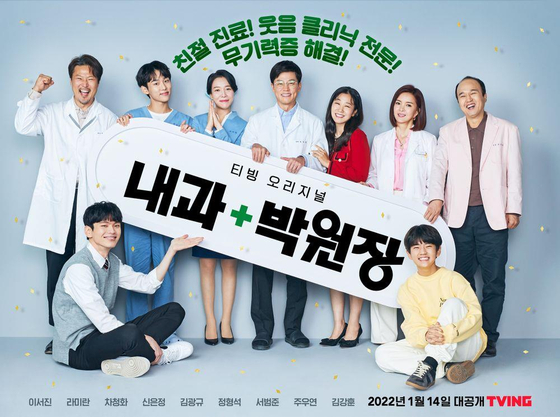 A teaser poster of ″Dr. Park’s Clinic″ by Tving [YONHAP]


In 2022 TV lineups released by Korean broadcasters and global streaming services, a slew of webtoon-based series are drawing attention from Korean drama fans at home and abroad.

In recent years, homegrown webtoons, or web-based comics, have risen as a tried-and-true source of fresh ideas for producers and screenwriters here. Many of their TV adaptations, including the drama “Itaewon Class” (2020) and Netflix’s original “Hellbound” (2021), have become global hits.

Tving’s original series “Dr. Park’s Clinic,” to be released on Jan. 14, will be the first show to continue the webtoon-TV collaborations.

Starring Lee Seo-jin, the medical comedy is based on a popular digital comic titled “Internal Medicine Dr. Park” and written by Jang Bong-soo, a practicing doctor. 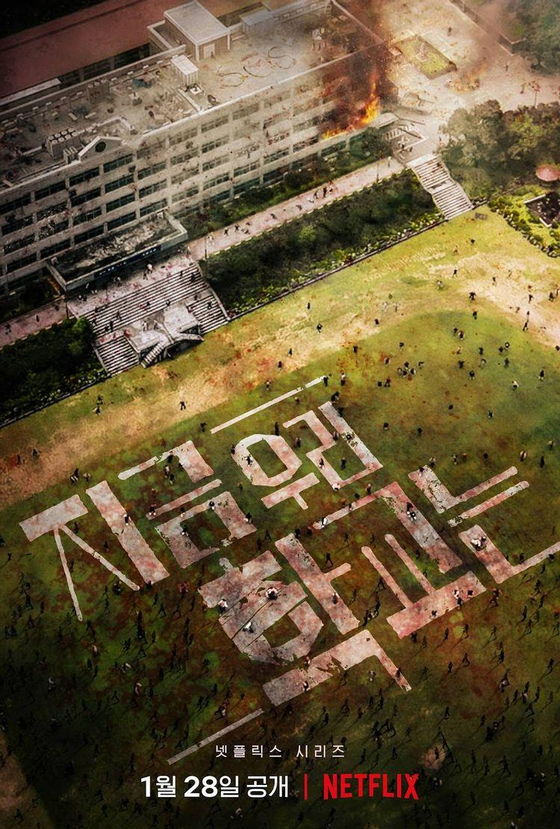 
On Jan. 28, the zombie horror series “All of Us Are Dead” will make its global premiere on Netflix.

Adapted from the longtime popular webtoon “Now at Our School” by Joo Dong-geun, the show follows a group of students who try to survive after their school gets infested with zombies.

It is expected to be the latest Korean title featuring zombies, following “Train to Busan” (2016), “Kingdom” (2019) and “#Alive” (2020). It is about an audacious doctor who opens his own internal medicine clinic to make a lot of money.

SBS, a major TV network in Korea, will come up with the romance “A Business Proposal,” a television remake of the popular webtoon “The Office Blind Date,” in February.

It is about a woman who goes on a blind date with her company’s CEO to take the place of her friend while hiding her identity.

The popular web comic “The Golden Spoon” was also adapted into a TV series with the same title, scheduled to be broadcast in the first half of this year on MBC, also a major TV network.

It is the story of a man who acquires a magical spoon that allows him to switch lives with his rich best friend.

Starring Ryu Seung-ryong, Zo In-sung and Cha Tae-hyun, “Moving,” about three high school students and their parents with supernatural powers, is expected to become one of the most expensive TV series in Korea with an estimated 50 billion won (US$41.8 million) in production costs.

Also on the 2022 slate for TV series adapted from Korean webtoons are SBS’ “Again My Life,” MBC’s “Tomorrow,” OCN’s “Superior Day” and Netflix’s “The Sound of Magic.”

Taapsee Pannu says ‘female actors were looked down upon’ in Bollywood: ‘Many said so much money couldn’t be invested in us as…’

Patralekhaa jumps with joy as Rajkummar Rao takes over the stage to perform ‘Maeri.’ Watch

Patralekhaa jumps with joy as Rajkummar Rao takes over the stage to perform ‘Maeri.’ Watch