From Cold War paranoia in the 1950s to moving dramas about First Contact, the UFO movie has been a Hollywood staple for over seventy years. Alan Corr appeared on the Dave Fanning Show to talk about our abiding fascination with the unknown – listen above.

The release of Jordan Peele’s new flying saucer horror/drama Nope could mean that UFO fever will seize the world again, a full 75 years after the expression Unidentified Flying Object was first coined.

In Nope, Get Out and Us director Peele tells the story of OJ (played by Daniel Kaluuya) and Emerald (Keke Palmer), a brother and sister who run a struggling Californian ranch providing horses for movies and tv productions in nearby Hollywood.

Read our review of Nope

After their father dies in suspicious circumstances when he is hit by a coin flying from the sky, OJ and Emerald begins to notice strange phenomena in the skies above and set out to capture whatever is out there on film. 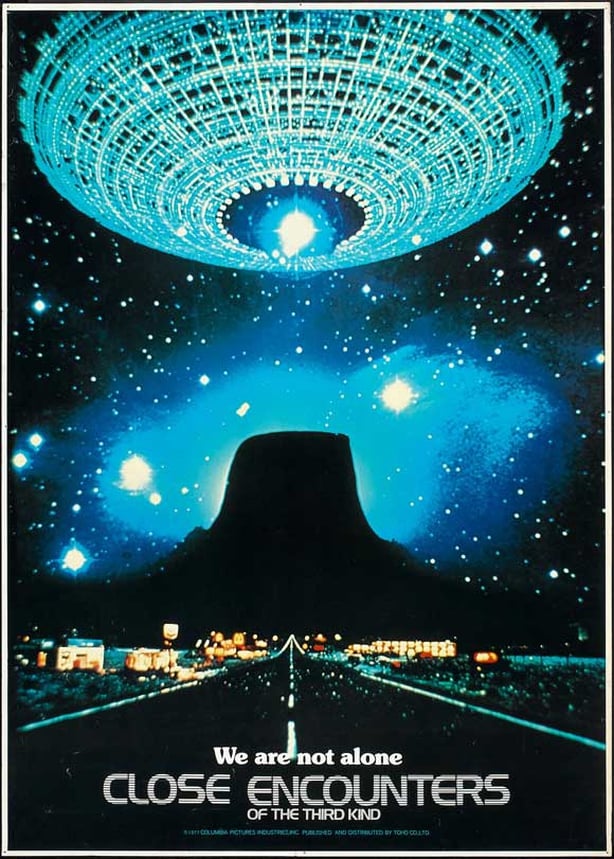 This summer blockbuster with a soul is the latest in a long and mostly proud lineage of UFO movies, from the rickety FX of the very first UFO flick, 1950’s imaginatively named The Flying Saucer, to the mothership of all UFO dramas, Close Encounters of The Third Kind, and now Peele’s enigmatic meditation on our need for spectacle and the seduction of the unknown.

Nope is a fierce pancake, a riddle wrapped in a mystery inside an enigma but it does reveal just how far the UFO movie has journeyed from humble B-movie pulp to mind-expanding, existential epics like Denis Villeneuve’s Arrival.

Alan spoke to Dave about some of the key UFO movies, including the eerie 1953 version of The War of The Worlds, the always relevant message of peace in The Day The Earth Stood Still and the motherlode that is Close Encounters.

And remember – keep watching the skies.

Blackpink at MTV VMAs! Group to make history at the award show with their performance

Blackpink at MTV VMAs! Group to make history at the award show with their performance